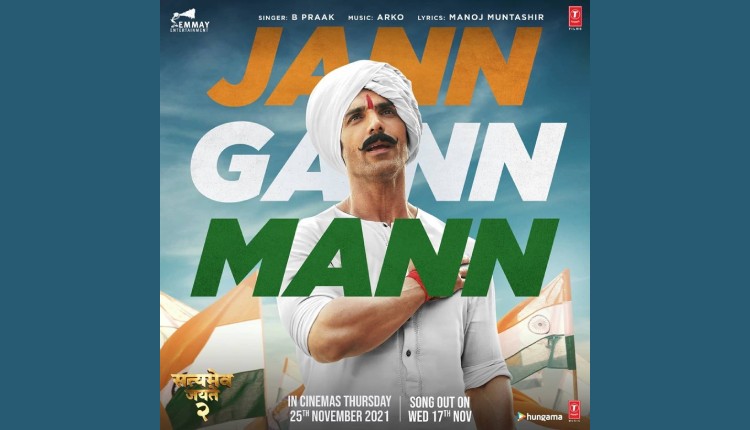 After hitting the fans with a stunning and sensual number Kusu Kusu, the makers of Satyameva Jayate 2 are all set to strike a patriotic chord with the audience, unveiling the first teaser of Anthem of the year, Jann Mann Gann.

The song is titled Jann Gann Mann, and it’s been crooned and composed by Arko, with additional vocals from B Praak. The song is written by Manoj Muntashir. The full song will be out tomorrow.

The vigilante action film is written and directed by Milap Zaveri with production by T-Series and Emmay Entertainment.

Based on the fight against injustice and misuse of power, it is an official spiritual sequel of the 2018 film Satyameva Jayate and stars John Abraham in a triple role alongside Divya Khosla Kumar, Rajeev Pillai and Anup Soni in important characters.