Josh collaborates with ACT Grants to unite Bharat for a cause, at the Josh ACT Concert 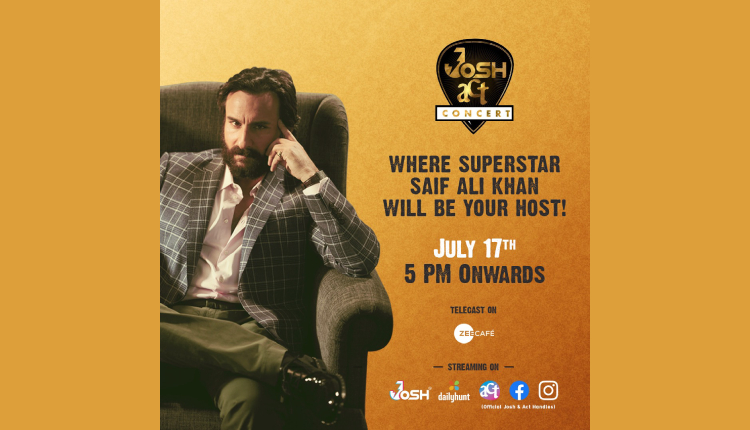 Chennai, July 14, 2021: Josh, India’s fastest growing and most engaged short video app, in association with ACT Grants, a non-profit coalition of Indian startups, today breathes life into its gratitude campaign aimed at bringing together people from across the nation to voice their appreciation for the individuals who helped them during the pandemic. The weeklong ‘Breath of Life’ campaign will culminate in the ‘Josh ACT Concert’ – a first of its kind event by an Indian short-video platform to advance social impact through popular culture and the power of the internet.

While the pandemic posed numerous challenges, acts of kindness and giving saw no boundaries. People from every corner of the nation united to help the society. Celebrating this spirit of the people of Bharat, the campaign will kick off with the launch of the ‘Gratitude Anthem’ composed by Amit Trivedi, performed by 11 artists including Bhoomi Trivedi, Nikhita Gandhi, Shilpa Rao, Mohammed Irfan and Benny Dayal. Josh has also partnered with BIG 92.7 FM to run this anthem on the channel. Uniting audiences over stories of resilience, compassion and grit will be 20000+ creators of Josh who will share personal anecdotes of people who touched their lives in these trying times. On July 17th, the music industry’s star power will converge at the Josh ACT Concert, presented by ace host and Bollywood superstar Saif Ali Khan. Aimed at bringing hope and inspiration to millions during these troubled times, the concert will be a three-hour celebration of performances by artists like Amit Trivedi, Vishal Dadlani, Sukhwinder, Raftaar, Papon, Shahid Mallya interspersed with gratitude videos from India’s favourite celebrities and influencers. The Josh ACT Concert would also be hosting the famous Italian opera tenor and multi-instrumentalist Andrea Bocelli and his son Matteo Bocelli, both of whom have paid homage to their bond with India in a special message and performances for audiences.

The campaign is an opportunity for people across the country to come together and share in the gratitude, with simple #MeraShukriya and #IThankYou tags accompanying their stories. The best messages will also be showcased at the Josh ACT Concert which will broadcast on Zee Cafe and stream on the Dailyhunt and Josh apps and on all social media handles of Josh and ACT Grants, 5 PM onwards.

Used to wake up at 6 am and work out for 6-8 hours straight: Puncch Beat 2’s Siddharth Sharma on getting ripped for the ALTBalaji’s youth drama