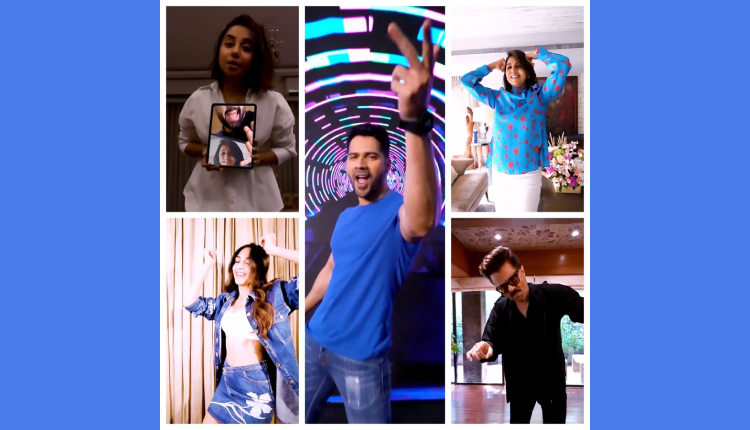 After teasers and posters, actor Varun Dhawan drops a trippy new video post from Jug Jugg Jeeyo, and confirms that the trailer will be out on Sunday.

Sharing the vide on his social media, Varun Dhawan captioned it, “This Sunday is a funday as the JUGJUGG JEEYO trailer goes live 22nd may . Get ready for some big laughs and make ur family dance on this track. #jjj in theatres 24 th June @karanjohar @apoorva1972 @ajit_andhare @anilskapoor @neetu54 @kiaraaliaadvani @manieshpaul @mostlysane @raj_a_mehta @rishiwrites @dharmamovies @viacom18studios @tseries.official”

The video features a peppy Punjabi track, Kitti Vaari, and entire ensemble, such as Anil Kapoor, Neetu Singh, Kiara Advani, Prajakta Kohli and Maniesh Paul along with Varun Dhawan are showcasing some of the most grooviest of moves and looks excited for the trailer release.

It has been directed by Raj Mehta, and produced by Karan Johar’s Dharma Productions. The film marks a comeback for Neetu Singh and debut for Prajakta Kohli.

Jug Jugg Jeeyo will have a theatrical release. It is slated to hot the screens on June 24.