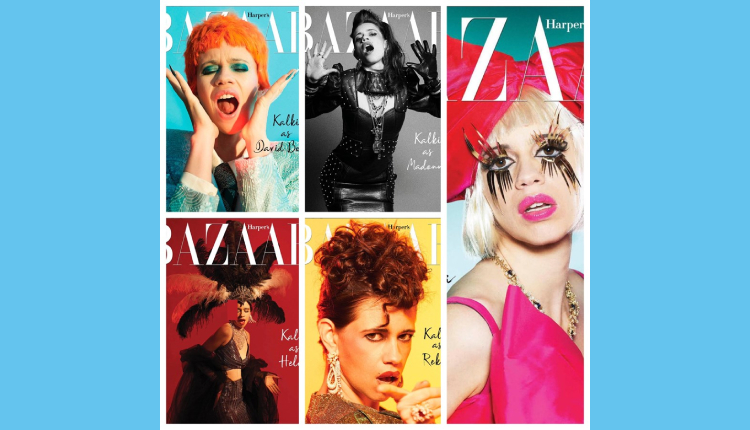 Beautiful and talented actress Kalki Koechlin channels not just one but various different iconic personalities for the latest edition of Harper’s Bazaar India cover the spread.

Sharing the series of spreads, Kalki took to her social media and captioned her post, “For years and years I roamed, I gazed a gazeless stare, We walked a million hills, I must have died alone, A long, long time ago – DAVID BOWIE #themanwhosoldtheworld”

The official handle of Harper’s Bazaar India shared a snip from her interview, where Kalki talks about her love for singer David Bowie, and she wasn’t a fan of Lady Gaya until she saw her videos with spunk in them.

Kalki took a break from active screen presence due to her pregnancy. She welcomed her daughter Sappho in 2020 with her boyfriend, Guy Hershberg, an Israeli musician.

On the work front, Kalki will soon be seen in GoldFish and Emma and Angel movie.

GoldFish is helmed by Pushan Kripalani, starring Neena Gupta and Kalki Koechlin for the first time. The film is set in London and deals with memory, music, mental health, and identity. It starts when Anamika (Kalki) returns home to her estranged mother Sadhana (Neena Gupta) because she is suffering from the onset of dementia.

4 Quick Exercises to Include in Your Pre-bed Routine