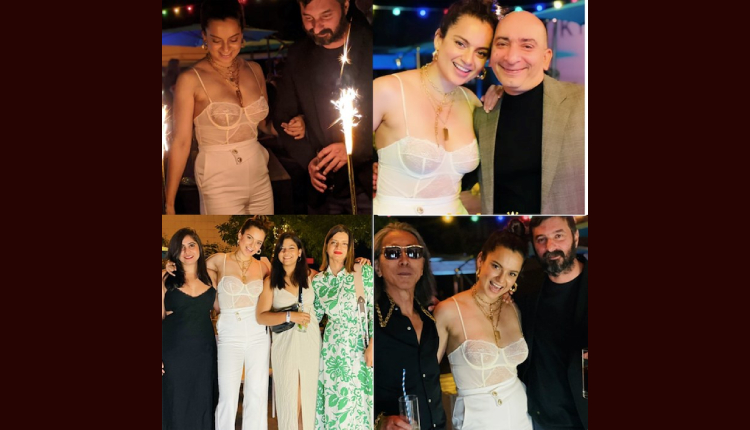 The actress also shared a series of photos on her social media from the wrap party where the cast and crew can be seen having a gala time. She was also seen cutting a cake with her director Razneesh Ghai.

Film Dhaakad is a spy thriller film which is directed by Razneesh Ghai. Kangana will be seen as Agent Agni in the film. The film also stars Arjun Rampal, Divya Dutta and Sharib Hashmi. The film is based on serious issues like child trafficking and crime against women.

The actress recently started working on her next film ‘Emergency’ where she will be seen playing the role of former Prime Minister Indira Gandhi. She shared pre-production photos of her body, face scans and casts getting into action for the film.

Meanwhile, on the workfront, the release of her film ‘Thalaivi’ has been postponed which is a biographical film covering the life of Jayalalithaa, late politician and film actress who even served six terms as the Chief Minister of Tamil Nadu . The film is directed by A.L.Vijay and produced by Vishnu Vardhan Induri and Shailesh R. Singh. The film also features Arvind Swami and Prakash Raj in prominent roles. It is simultaneously shot in Hindi, Tamil and Telugu under the same title.

She will also be seen in Tejas being directed by Sarvesh Mewara.