Kapil Sharma – I’m Not Done Yet’ Trailer Is Out 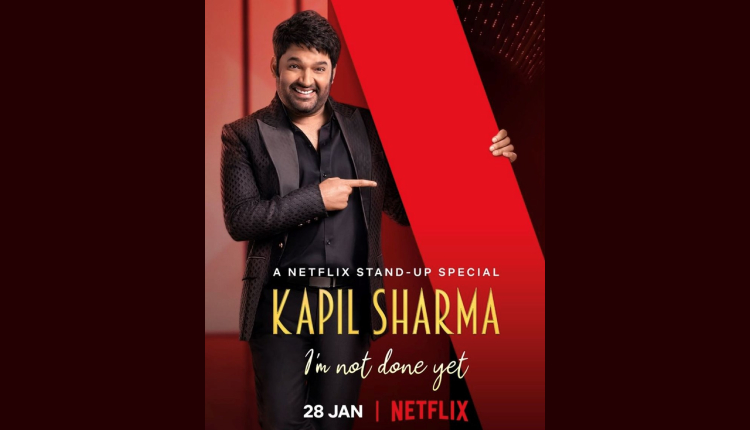 After two massive teasers, the Netflix drops the first official trailer for a brand new stand-up special, Kapil Sharma – I’m Not Done Yet. The show will premiere on 28th January 2022.

The official handle of Netflix India captioned the post, “Taking a Kapil of minutes to process this, because @kapilsharma IS COMING TO NETFLIX WITH A BRAND NEW STAND UP SPECIAL… Mark your calendars. ‘Kapil Sharma: I’m Not Done Yet’ arrives on 28th January #KapilSharmaOnNetflix @beingustudiosofficial @saahilc15 @anukalpgoswami @gursimrankhamba @gurjot_bu @banijayasia”

In the trailer, Kapil Sharma talks about his comedy career, which spans more than 2 decades and half of it has been spent on Television and his recent legal troubles, where he ended up tweeting some uncalled for slanders, which landed him in legal issues.

Meanwhile, Kapil is currently busy working on ‘The Kapil Sharma Show’. Apart from his famous comedy show, Kapil has also starred in movies such as ‘Kis Kisko Pyaar Karoon’ and ‘Firangi’, among others.