KGF Chapter 2 Will Arrive In Theatres On A New Date 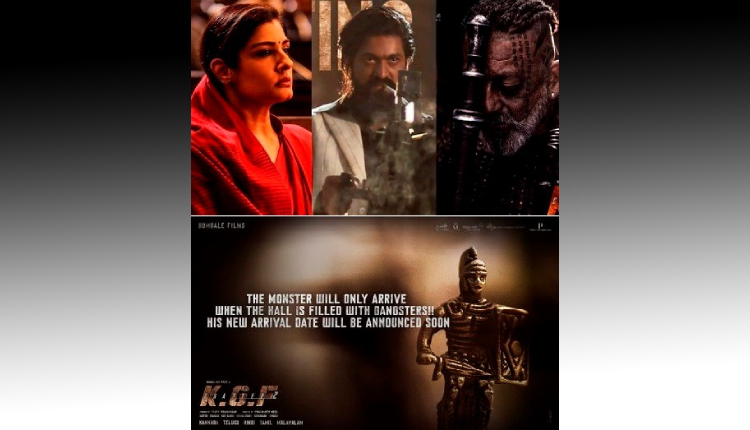 The maker of KGF Chapter 2 confirms the new release date of the film and also adds that the film will release theatrically.

The film is a sequel to the 2018 blockbuster ‘KGF: Chapter 1’. The film starring Kannada star Yash was earlier scheduled to release on July 16 but now the film will release on an undisclosed new date.

It read, “The monster will only arrive when the Hall is filled with gangsters. His new arrival date will be announced soon. KGF Chapter 2.”

The film is written and directed by Prashanth Neel, and produced by Vijay Kiragandur under the banner Hombale Films. The film also stars Sanjay Dutt, Srinidhi Shetty, Raveena Tandon and Prakash Raj.

Check Out Resort To Love Trailer