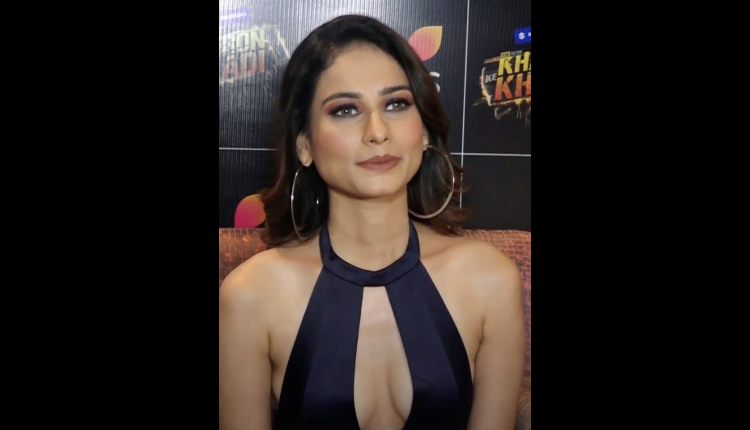 Popular Telly star Aneri Vajani has joined the KKK Season 12 as contestant and says the show is all about mental strength, not six packs.

Fitness and bubbly Aneri Vajani will soon head to Cape Town, South Africa for the first ever stint on KKK Season 12.

While interacting with NewsHelpline, she talked about key elements which will make her stand out despite being the thinnest girl in the history of the show, Aneri said, “I haven’t been able to put in physical preparation, as I have been shooting non-stop, but I don’t think KKK is about having six packs or muscular body, it is all about mental strength that is also important as well as physical strength. Idea is to keep myself calm and do whatever it takes”

“I was offered last two seasons, but it didn’t work out, I feel everything has its time, and this time around I will finally participate in Khatron Ke Khiladi Season 12. I am very excited and thrilled, and nervous as well, its mixed emotions. I like being nervous before doing anything or starting something new, because this feeling is good for me, and hopefully it will be fun season” added Aneri.

Khatron Ke Khiladi is a stunt-based reality show helps contestants address their fears, but Aneri believes she doesn’t fear anything.

She said, “I don’t think I know I fear something or not, I really don’t. I think I will only know once I visit Cape-Town and the task is in front of me, I honestly don’t know. I have been working since my teenage, so I never had no adventure in my life, so I will be doing this show as an adventure trip for me, and I will be with Rohit Shetty, who will be guiding me and hopefully I will be able to shock everyone, as I think I am thinnest constant in the history of KKK”
The final list of contestants is out, it includes names such as Chetna Pande, Erika Packard, Faisal Shaikh, Jannat Zubair Rahmani, Kanika Mann, Mohit Malik, Munawar Faruqui, Nishant Bhat, Pratik Sehajpal, Rajiv Adatia, Rubina Dilaik, Shivangi Joshi, Sriti Jha, and Tushar Kalia.

Have Respect For Both The Gender Says Anupriya Goneka