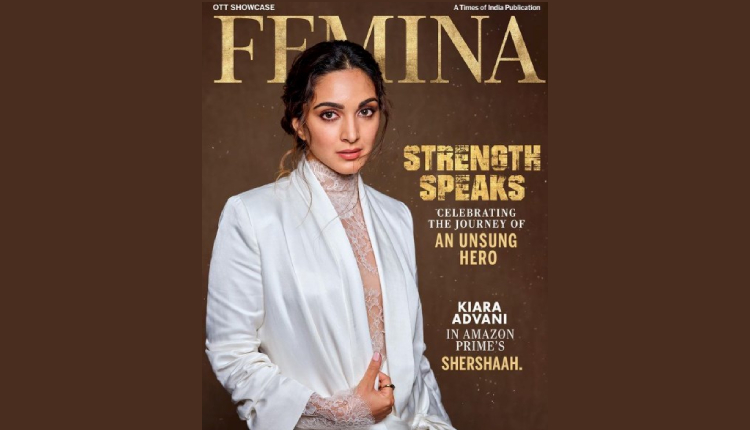 With back to back great performances and good movies, Kiara Advani has become everyone’s favourite and today every director wants to work with her. Her performance in her latest release ‘Shershaah’ is winning her accolades. The actress has now graced the cover page of ‘Femina’ magazine.

Kiara shared the cover page with her fans on her social media account and everybody is going gaga over it. She is looking extremely gorgeous and breathtaking on this cover.

Kiara has evolved over the years as an actress and today she is amongst the most promising actresses we have. Her latest release Shershaah is a biographical war action film directed by Vishnu Vardhan and co-produced by Karan Johar. The film is getting good response from the audience.

The film traces the life journey of Param Vir Chakra awardee Vikram Batra. It is currently streaming on Amazon Prime.

On the workfront, the actress has a list of films in her kitty. She will be seen in ‘Bhool Bhulaiyaa 2’ with Kartik Aaryan, ‘Jug Jugg Jeeyo’ with Varun Dhawan and ‘Mr.Lele’ with Vicky Kaushal.

A transgender, an old man, a lesbian to a granny – Divya Agarwal dons various looks to kill in ALTBalaji’s action drama Cartel