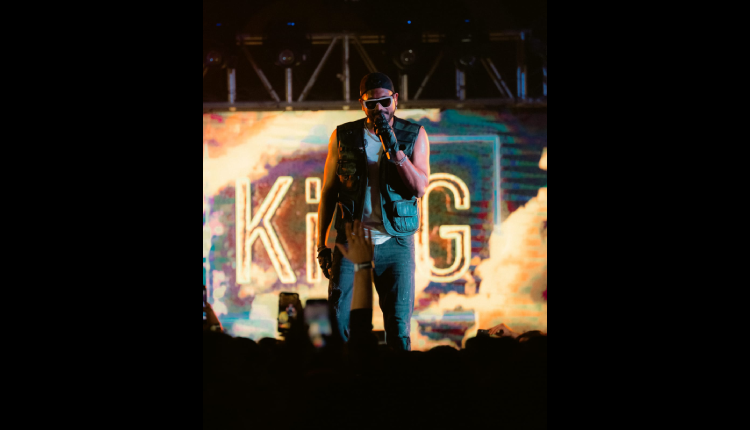 Indian artist KING’s modern romantic ballad Maan Meri Jaan from his recently launched album Champagne Talk, has acquired the #1 spot on the Spotify Daily Top Songs India overtaking the recent Bollywood sensation Kesariya. The song is clocking a whopping 1.1million+ daily streams in India alone and has crossed a total of 21M+ audio streams so far after its release in October.

Maan Meri Jaan has emerged as a rhythmic masterpiece and has also taken the international markets by storm. It currently at #101 on the Spotify Daily Top Song Global and is the only non-Bollywood Hindi pop track on the list. Maan Meri Jaan is also currently holding the #9 position on the Spotify Daily Viral Songs Global, while the album “Champagne Talk” is at #10 on the Top Albums Debut Global.

A career milestone for King after his chartbuster Tu Aake Dekh Le, this journey for a non-Bollywood, hip hop crusader climbing rapidly on charts has been phenomenal. He is currently the only artist to have two tracks on the Spotify India charts within the top five ranking.

Breaking into mainstream culture off the back of a reality show in 2019, King has risen through the ranks of Indian pop. Earlier this year, he kicked off his partnership with global music label Warner Music India and has grown to garner a massive fan base (8.5 million+ monthly Spotify listeners in record time of within a year) with his successive upbeat super-hit songs. The music label recently released his third studio album, “Champagne Talk,” with 8 tracks, and since then, each song has been ruling social media platforms and the global charts.

King’s third album explores an array of soundscapes, bouncing between his hip-hop roots and some heavy-weight song writing on tracks like Pablo and Me & Me and spitting flirtatious bars over in Oops and Dejalo. While Maan Meri Jaan is about a beautiful yet painful journey of love together, a nostalgic dedication to his favourite retro Bollywood melodies.

Making moves since its launch, Warner Music India, has curated a catalogue of diverse artists across genres, categories and voices. Standing at the core of the country’s pop culture sphere the label’s vision is to transform the music scene and build the next generation of superstars from India.

Jay Mehta, Managing Director, Warner Music India & SAARC, shares, “The success of King’s journey is a testament to the power of storytelling via music. His steady run at the music charts in India and beyond is only the first step towards global domination. Our vision at Warner Music India has always been to create a truly global superstar coming out of India, and we’re thrilled to witness the start of this journey with King.”

King shares his reaction on Champagne Talk, “I am overwhelmed with all the love that I have received from my fans. Each song is special for an artist, but Maan Meri Jaan is now a song for them completely. Champagne Talk is an album that is a roller coaster of sounds, and I’m excited now to push boundaries with my music.”

On his India tour currently, King has witnessed the “Maan Meri Jaan” sensation that is uniting his fans. Watch the fans reacting to the track during the Delhi show here: https://www.instagram.com/p/ClK2fg4gJ92/

King’s Maan Meri Jaan has made its way on playlists, music charts and music lovers’ heart and is sure to be the love track for the season.

5 Expensive Movies Ever Made in the Film Industry

5 Rom-com Movies To Watch On Netflix