Learnt how to check blood pressure and do stitches: Sushrii Mishra on prepping for her character in ALTBalaji’s action drama Cartel 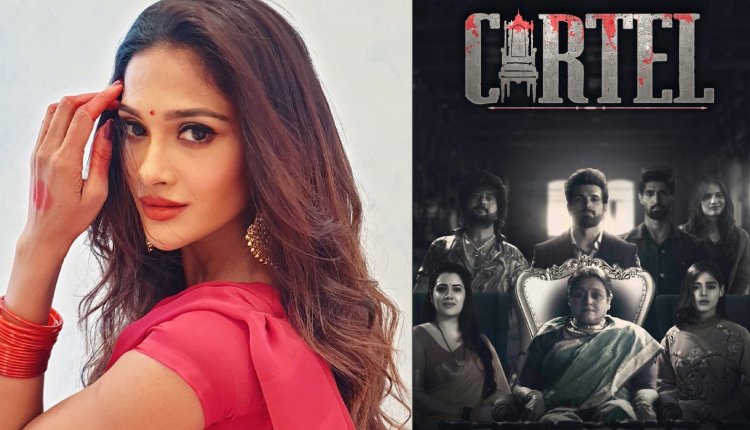 After being a part of Shah Rukh Khan blockbuster movie Zero, Sushrii Mishra who essays Vaidehi Kapoor, a central character in ALTBalaji’s recently launched action drama Cartel speaks at length about her character and how she learnt to check blood pressure for her character.

Tell us about your character?

I am playing the character of Vaidehi Kapoor in the show. She is a junior doctor by profession in the series. Vaidehi is a powerful, intelligent woman who has a lot going on at her end. However, no one ever knows about her struggles due to the balanced, calm and kind person that she carries. Vaidehi and Arjun, played by Tanuj Virwani, a brilliant actor, were each other’s first love, and they never stopped loving each other. But they parted ways early on. They now meet after years and as the story progresses, my character’s arc grows very interestingly from being an absolute outsider who hails from the medical fraternity to be a very integral part of the Angre family developing a unique equation with each character.

What was the most exciting part of playing this character?

There were a lot of exciting bits for me. I love to keep things accurate. Since I am playing a junior doctor while prepping for the character, I met doctors and nurses. I spoke to them to get a more vivid understanding of their psyche. I also learnt how to check blood pressure, massage coma patients, do stitches, etc. Being on the set with established actors like Supriya Pathak ma’am, Tanuj Virwani, Jitendra Joshi sir, Rithvik, Girija, and others was such a phenomenal experience.

What made you say yes to the show?

The character, the story and the star cast! I was sold. The strength and intelligence which Vaidehi Kapoor has, resonated so much with me that I was just ready to dive deep into the world of Cartel.

The cartel has been in the making for a really long time. Did it get exhaustive at any point?

It wasn’t exhaustive for me. But, all good things in life take time and when a team of hardworking and talented people come together, you know that no matter how long it takes, the end product will hit milestones.

How was it shooting for the show? Your fondest memory from the sets…

It was a mixed bag of emotions. There were many such memories. I loved the outdoor schedule; there were days when all of us would sit for lunch together. But the fondest ones have to be the times I spent speaking to Supriya Pathak ma’am and watching her perform. She is such a brilliant actor, even the memory of it fills my heart with warmth and gives me goosebumps.

How do you feel now that the show has launched?

I have worked hard and have given my best. The entire team has invested so much love, energy and time in creating this brilliant piece of work. The show has been receiving rave reviews since its launch and I am so happy to know that it has been received well by the audience and the critics. If you haven’t watched the show as yet, please do watch the show and you will be hooked I promise. Cartel is currently streaming on ALTBalaji and MX Gold.

Tuck Jagadish a.k.a. Natural Star Nani Surprises his fans With a Never Done Before Innovation in India