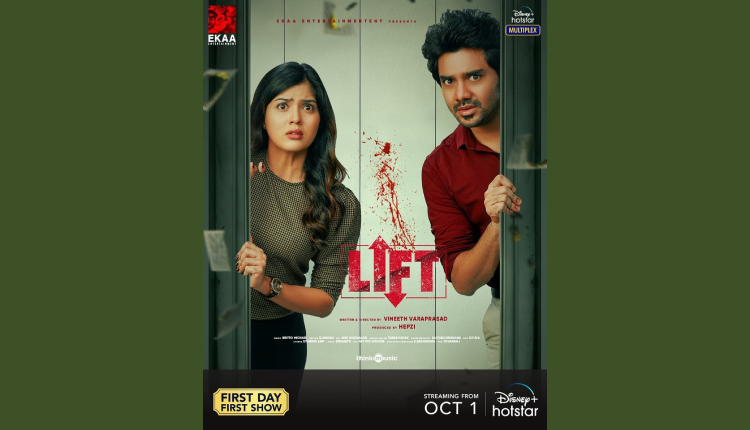 The trailer for Tamil drama, Lift will be out tomorrow, the film stars Kavin and Amritha Aiyer and it is scheduled to stream on Disney Plus Hotstar.

Directed by Vineeth Varaprasad and produced by EKAA Entertainment, the film has both Kavin and Amritha playing IT professionals in the film.

The shooting of ‘Lift’ was completed before the lockdown in March last year and the post-production work was underway. The film has cleared the censor board, it also stars Yuva and Natpuna Ennanu Theriyuma cranking the camera, while newbie Michael Britto is the music composer.