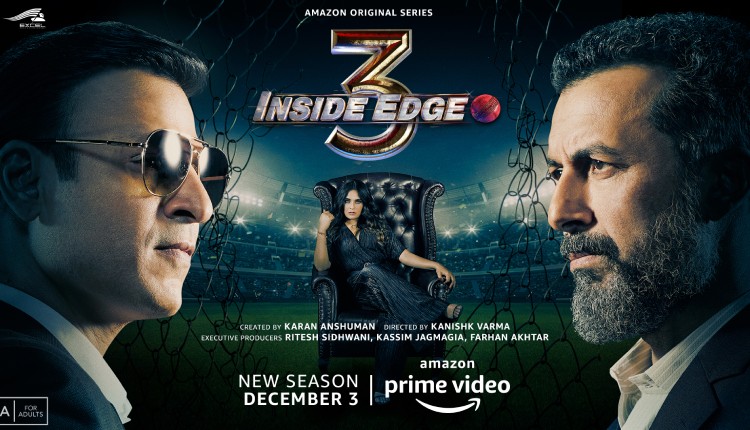 The excitement, come this December, is all set to hit fever pitch as Prime Video’s very-first original is back with its third season. Yes, all you cricket lovers, we’re talking about none other than Inside Edge. Audiences have surely missed the politics, planning that seems more personal than professional amongst the owners and players and it’s safe to say that they can’t wait for yet another intriguing innings. Created by Karan Anshuman and directed by Kanishk Varma, the season promises to be bigger with the stakes being higher than ever before in this ultimate game of power. With just a few weeks left, here’s a quick recap of 5 things that happened in season 2.

Cricket is the winner in the final, at least on the pitch

While the Mumbai Mavericks are embroiled in a match-fixing saga with a doping scandal plaguing the Haryana Hurricanes in the tournament, it was refreshing to see the two captains of the teams display a true sense of sporting spirit in the final. Viewers got a see it in its truest sense as Arvind Vashishth (Angad Bedi) recalls his counterpart Vayu Raghavan (Tanuj Virwani) back to the crease after a wrongful dismissal. Watching these friends turn foes to beat the bigger enemy was a match that we thoroughly enjoyed.

Bhaisaab and Zarina Malik control the final as puppeteers

With all the money and power they could ask for, Bhaisaab (Aamir Bashir) and Zarina Malik (Richa Chadha) pretty much have everyone in their pockets. Be it the umpires who are told not to dismiss Vayu before he reaches a certain score, or their players who get themselves run out or drop catches, everyone is a mere pawn with the king and queen running the show. Knowing exactly how the game is going to pan out, it’s no surprise to see them have the last laugh as the Haryana Hurricanes win the tournament. Despite not being on the pitch, they surely play the sport better than the one’s who do.

The bond between Prashant and Devender

If we’re talking about character arcs and development over two seasons, the two frontrunners would clearly be Prashant Kanuajia (Siddhant Chaturvedi) and Devendra Mishra (Amit Sial). After all, what not have the duo gone through together. The former has borne the brunt of casteist slurs of the latter, so much so that he ends up shooting him. Devender, at an incident in jail, realizes what it’s like to be bullied and oppressed and his entitlement vanishes in an instant resulting in him having absolute clarity and apologizing to Prashant.

Bhaisaab shows why he’s the boss

He wins, he loses, but above all Bhaisaab never gives up. And he always wants more. After all, the view at the top is nothing but the best. When it seems that he has everything lost, his power, position, prestige, he pulls a rabbit out of the hat to show why he is not one to mess with. Saving the very best for the last in the season finale, Bhaisaab’s winning speech in the presidential elections is one that no one saw coming. It’s nothing short of a masterstroke as viewers were expecting him to end up behind bars only for them to see Zarina Malik and his very-own daughter Mantra land up in troubles beyond their wildest dreams.

Vikrant Dhawan is back in the game

Despite not being as prominent in the second season as he was in the first, it wasn’t surprising to see Vikrant Dhawan (Vivek Oberoi) have the last word in the season finale. With Zarina hurt by Bhaisaab’s betrayal, it remains to be seen what these two arch-rivals have in mind as they look to team up. After all, an enemy’s enemy is one’s friend. Back with a vengeance, it does seem that you can take Vikrant out of the game but you can’t take the game out of Vikrant.

Match-fixing, betting, doping, and torrid affairs and yes, cricket, Inside Edge is all set to bowl you over