Looking to be entertained with a short film this weekend? Here’s four of the very best 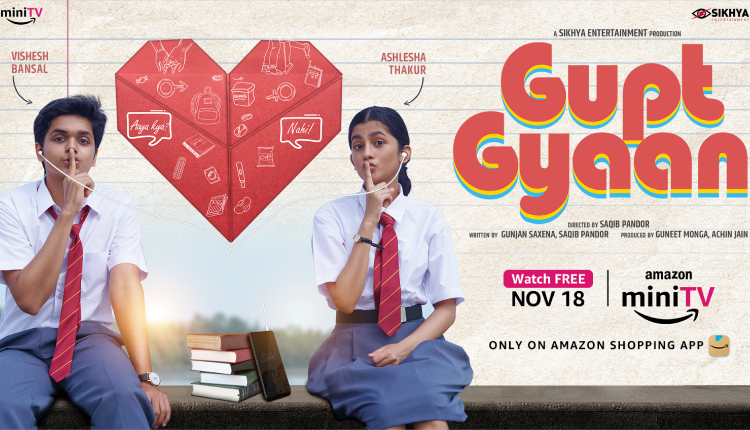 Every weekend the quintessential question of ‘What to watch’, pops up in our head without skipping a beat. We spend more time deciding what to watch than actually watching something. However, we are here to sort your weekend binge with a list of short films. The best part about short films is that one gets to witness great compelling stories in a short span of time; hence giving us a window to watch as much as we can. So, without any further ado, we have curated a list of recently released short films that should definitely be on your binge list.

Gupt Gyaan: This teenage romance drama, that stars Ashlesha Thakur and Vishesh Bansal, captures the adventures between two teenage couples. What makes the film highly relatable is the manner in which it raises the importance of sex education among young adults while seamlessly fitting the nuances of young and curious love in its narrative. The short film created by Sikhya Entertainment is streaming exclusively on Amazon miniTV

The Other Way: Written and directed by popular director Imtiaz Ali, this short film released in 2018 features Shreya Chaudhry (Bandish Bandits), Lekha Prajapati and Pavail Gulati. The story revolves around Rewa, a bride who is questioning her decision just moments before her wedding.

Shimmy: This critically-acclaimed short film created by Sikhya Entertainment features the very talented Pratik Gandhi in the film. Streaming exclusively on Amazon mini T, this short film received rave reviews amongst critics and audiences alike for perfectly portraying the innocent, yet one of the strongest, bond between a father and her daughter.

These short films will add that slice of happiness through their brilliant and gripping storylines and will keep you thoroughly entertained the entire weekend.