Love, comedy, friendship, hustle and much more! Here are the top reasons why you should watch Amazon miniTV’s latest series Udan Patolas! 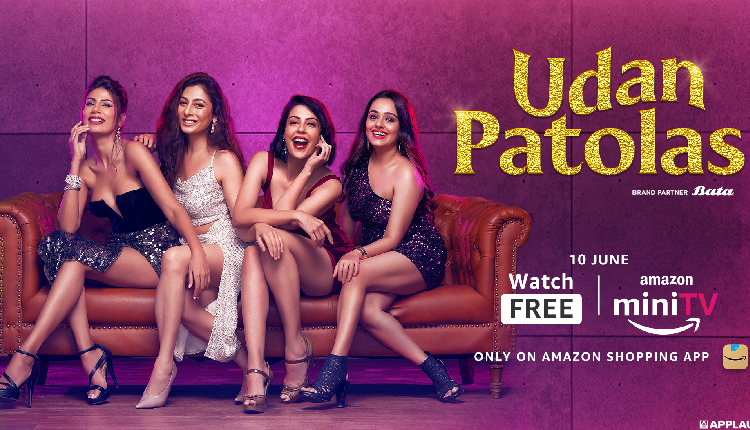 Udan Patolas, an Amazon miniTV series, produced by Applause Entertainment, is about a group of four gorgeous, fun-loving, and free-spirited women who are looking to leave behind their behenji-ness and adopt everything that the ‘City of Dreams’ has to offer. Despite having changed not just their appearance but also their name to blend in the high society of Mumbai, the quartet has their own set of issues while looking to better their romantic and personal lives. Featuring popular actors such as Apoorva Arora, Poppy Jabbal, Aasttha Ssidana, Sukhmani Sadana, fans got a glimpse of the Patolas in the trailer, that premiered on YouTube, and featured the beautiful Shehnaaz Gill. With the show launching on Amazon miniTV, here are some reasons why audiences will surely relate to the Patolas.

Girl power: This web series is just another edition to your binge-watch list as the four girls – Apoorva Arora, Poppy Jabbal, Aasttha Ssidana, Sukhmani Sadana are here to slay with their performances in this web series by Amazon miniTV. This six-part web series depicts the voice of today’s generation of Indian women who are fiercely independent and are not afraid to speak their minds.

Modern Story Line: The story of this web series follows four girls who have relocated to Mumbai and working their way to a new-found lifestyle and how they try to balance their love life, modern town hardships, work and the challenges that life throws at them.

A show that’ll set new friendship goals: This new girl gang will totally give us the BFF goals as they stick around each other. Be it taking a vacation, to shopping, being a shoulder to cry on, gossiping about a new love interest or a horrible boss, the Patolas have each other covered. These Patolas appear to be on their way to achieving some friendship goals.