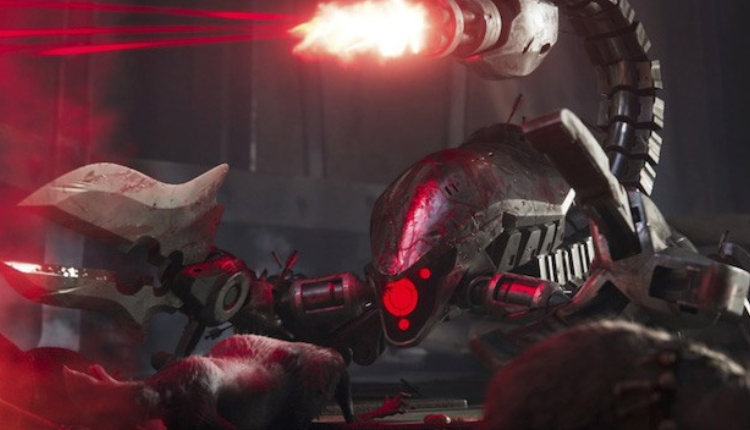 Netflix drops yet another stunning trailer for Love, Death + Robots for-adults-only animation series. This latest set of shorts is dubbed Volume 3 and it includes 9 segments.

Terror, imagination and beauty combine in new episodes stretching from uncovering an ancient evil to a comedic apocalypse, telling startling short stories of fantasy, horror and science-fiction with trademark wit and visual invention.

The series developed by Blur Studios. The upcoming edition will include eight new animated shorts following the second instalment from last summer.

In creating Vol 2 and 3, Miller was joined by Jennifer Yuh Nelson as the Supervising Director. Together they sought talented and diverse animation directors from around the world, for a blend of styles and stories ranging from violent comedy to existential philosophy.