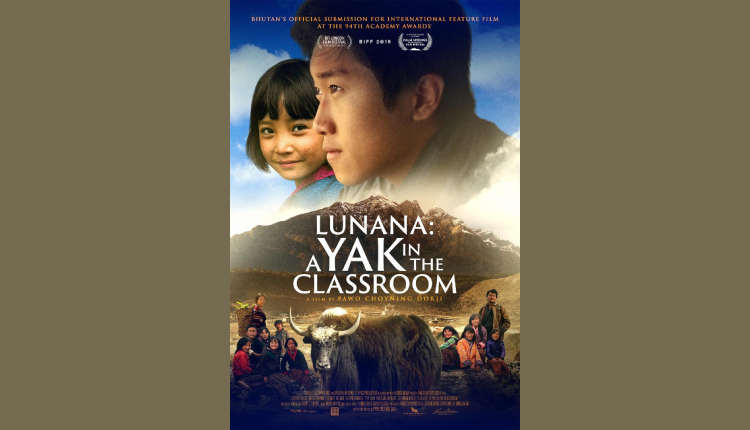 Samuel Goldwyn Films drops the first official trailer for independent film Lunana: A Yak in The Classroom, made in Bhutan by a filmmaker named Pawo Choyning Dorji.

Starring Sherab Dorji as Ugyen, is struggling with his chosen profession, he is disappointed to know that in his final year of training he’ll be sent to Lunana, in northern Bhutan – a staggering seven-day walk from the nearest drop off point.

The high altitude and lack of amenities find Ugyen wanting to leave almost as soon as he arrives. But the local children welcome him and try to win him over. But they don’t have long – he must decide whether to stay or go before the punishing winter reaches this glacial part of the Himalayas.

This first premiered at the 2019 London Film Festival, and also played at the Busan Film Festival that year, however, they couldn’t make it to the Oscars due to unforeseeable issues.

Lunana – A Yak In The Classroom Trailer
Share FacebookWhatsAppLinkedinTwitterPinterestEmailFacebook MessengerTelegramViberPrint