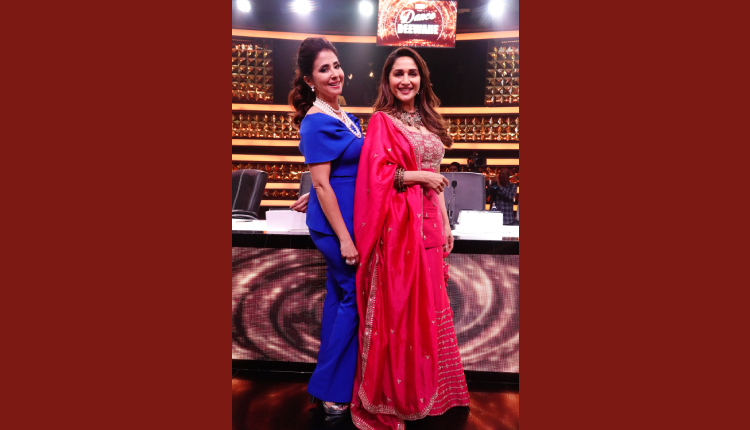 Link to the video:

COLORS ‘Dance Deewane’ has been witnessing amazing performances as well as multiple celebrations and milestones. This week, the show will have not one, but two evergreen Bollywood divas as judge Madhuri Dixit is joined by none other than Urmila Matondkar herself! From Masoom to Rangeela to Pinjar, she has given some amazing and versatile performances on screen. And one of her most loved songs, ‘Chamma Chamma’ is definitely a crowd puller.

On the occasion of 30 years of ‘Saajan’, which stars Madhuri, we will witness her, and Urmila showcase their elegant and graceful avatars for their fans! Flaunting some amazing moves and expressions on the famous ‘Tu shaayar hai, main teri shaayari.’ Both the divas will just make everyone go weak in their knees. ‘Saajan’, which starred Madhuri Dixit, Salman Khan, and Sanjay Dutt, became widely popular and was a turning point in their movie career. This movie became the highest-grossing Bollywood movie of 1991 and is still popular especially for the amazing acting by the cast and the evergreen music.

Keep watching ‘Dance Deewane’ every Saturday and Sunday at 8 pm, only on COLORS!

From Nani as Shang Chi to Tamannaah as Katy, here are 5 Tollywood actors who could pack a punch in Shang-Chi and the Legend of Ten Rings