Meet Babli Bouncer, Trailer Is Out 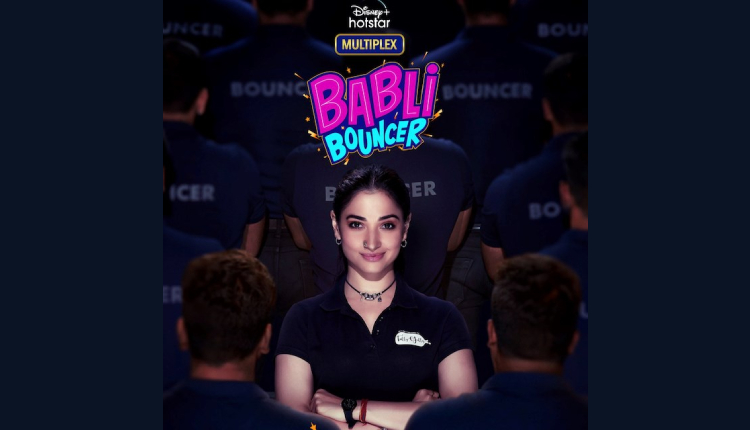 he first official trailer of Babli Bouncer is out, the film stars Tamannaah Bhatia in the lead role.

The official handle of Star Studios released the trailer in 3 different languages, the caption read, “Asola Fatehpur ki yeh chhori, is here to do some ‘Bouncergiri’! Get ready to meet #BabliBouncer, trailer out now! #BabliBouncerOnHotstar streaming from Sept 23 only on @DisneyPlusHS in Hindi, Tamil and Telugu”

The comedy-drama draws its strength from an unusual storyline and the actress is thrilled to bring the film to the audience. The film showcases the story of the lead character, a young female bouncer, and portrays various layers of the profession, which is usually taken up by men.

Babli is born into a family of wrestlers, she is one amazing wrestler herself but doesn’t wish to settle down as per her parents’ wishes. One day opportunity of female bouncer in some bar in Delhi comes knocking, and Babli jumps on it.

Far from family, in a whole new wilderness of metro city, Babli soon discovers her talented is not just limited to bar, but she can help needy outside her professional life.

The movie, directed by Madhur Bhandarkar, also stars Abhishek Bajaj, Sahil Vaid, Saurabh Shukla and Supriya Shukla in key roles. It will be premiered on Disney+ Hotstar on 23rd September 2022.