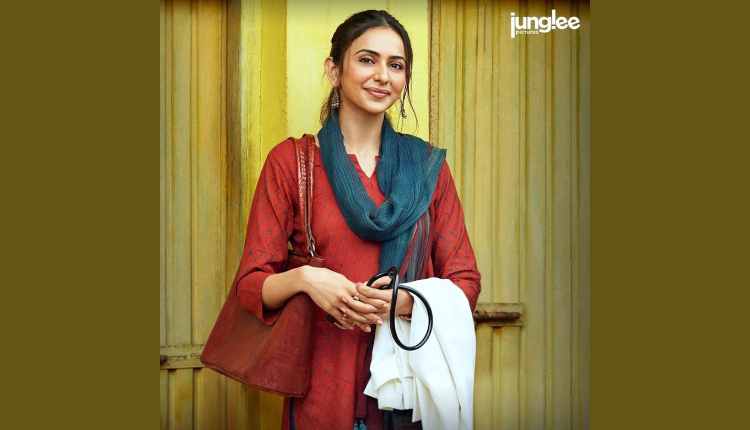 Rakul Preet Singh took to her social media and dropped two pictures of herself from the film, sporting a doctor’s coat. She captioned it, “Presenting Dr Fatima! One of my most exciting characters and a script I am super thrilled about! #DoctorG @ayushmannk @anubhuti_k @jungleepictures”

To essay the doctor’s role, Rakul had to learn medical terminology and also the nuances of some important surgical procedures. The film is bankrolled by Junglee Pictures, also starring Sheeba Chaddha in supporting roles.
Apart from medical drama, Rakul Preet Singh has her kitty filled with massive projects across multiple languages.

She also has the action film Attack in the pipeline, co-starring John Abraham and Jacqueline Fernandez in Lakshya Raj Anand’s directorial debut. She is essaying the role of a pilot with Devgn and Amitabh Bachchan in Devgn’s own directorial Mayday. She will also be featured in Indra Kumar’s slice-of-life comedy Thank God alongside Devgn and Sidharth Malhotra.

She is part of Shankar’s vigilante-action film Indian 2 and the science fiction film Ayalaan opposite Sivakarthikeyan.

Needle In A Timestack Trailer Is Out