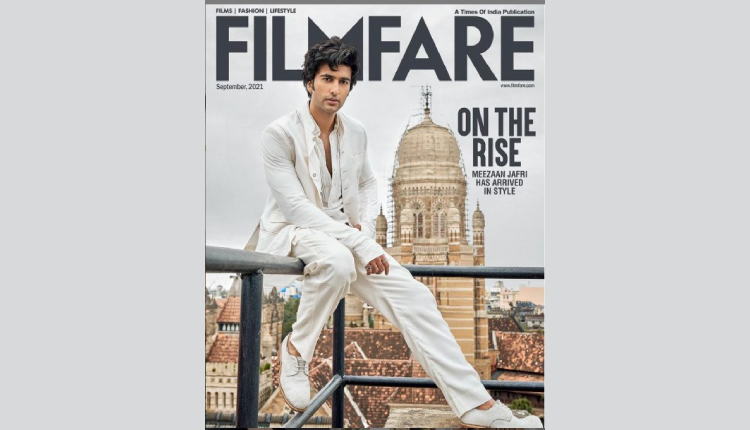 Meezaan Jafri is two films old in the industry but he has impressed everyone with his acting skills. The actor who is yet to announce his next project has graced the cover page of Filmfare magazine.

Sharing the cover page with his fans, he wrote,”FILMFARE!!” The tagline for him is ‘On the Rise: Meezaan Jafri has arrived in style” and we must say the actor looks extraordinaire on this cover. The actor has a huge female fan following and this cover has managed to grab all the right attention for him!

Gone are those days when audiences used to favour star kids. Today everyone looks for good acting in a star. If you are a star kid or an outsider, the only way you can impress the audience is with good acting and good content. Meezaan has been blessed with acting genes and with just two films, he has showcased his potential. Everyone has great hopes for him.

He never wanted to be an actor but was always interested in music or sports. Looks like destiny had some other plans for him as he had a dream launch by Sanjay Leela Bhansali with the film ‘Malaal’. Though the film did not do well at the box office, the actor did show some spark and audiences wanted to see more of him.

The actor recently spoke about how even after working as an actor in two films, he still assisted Sanjay Leela Bhansali on his film ‘Gangubai Kathiawadi’.

On the work front, he was last seen in the film ‘Hungama 2’ which is a sequel to the 2003 film ‘Hungama’. It features Shilpa Shetty, Paresh Rawal and Pranita Subhash alongside him.

Celebrate 3 years of headbanging this Friday, 17th September with Neckwreck at antiSOCIAL