My Policeman’s David Dawson draws parallels between homosexuality in the past and present: It made me feel incredibly privileged to live as a gay man now 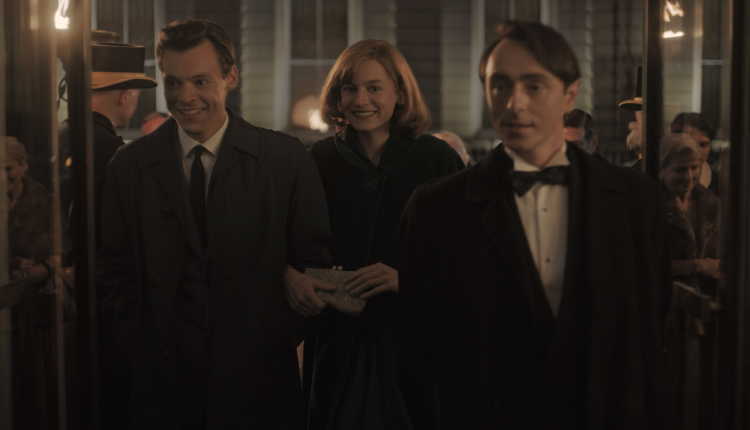 With just a few days for its release, My Policeman, a romantic drama based on Bethan Roberts’ bestseller, has become the talk of the town. The film explores the lives of three young friends – Tom (Harry Styles), Marion (Emma Corrin), and Patrick (David Dawson), and the consequences of their choices in two different timelines. A gay romance set in 1950s Britain, My Policeman highlights the persecution of homosexuality in that era.

Actor David Dawson, who plays Patrick, Tom’s (Styles) love interest in the film, recently opened up on his preparations for the role. He revealed that his close gay friend helped him get into the skin of his character and channel the mindset of young Patrick. “I have a man who’s very special to me who I worked with years ago, and became close friends with. He used to tell me a lot of beautiful stories of him growing up as a gay man during this period.”

To deeply understand the narrative, The English actor also watched BBC’s factual drama ‘Against the Law’ and researched the ‘history of gay bars as safe spaces.’ The actor also drew parallels between homosexuality in the past and present and revealed how happy he is to see situations change for the better for the LGBTQIA+ community now. “It gave me a real, greater appreciation of just what those spaces mean and symbolize, and made me feel incredibly privileged to live now, as a gay man, and have the freedoms and the rights that I have — and to not take that for granted.”

My Policeman stars Harry Styles as a bisexual cop caught between his duty towards his wife Marion (Corrin) and his love for his paramour Patrick (Dawson). The same characters’ older selves are played by Linus Roache, Gina McKee, and Rupert Everett respectively. Directed by Michael Grandage, the film is all set to release on Prime Video on November 4.

Universal Pictures is all set to make the audience travel to Paris with Mrs. Harris Goes to Paris from November 4 onwards