National Geographic in India to premiere ‘Ganga: The River from the Skies’, a documentary focusing on the efforts of National Mission for Clean Ganga (NMCG) to rejuvenate the Ganga 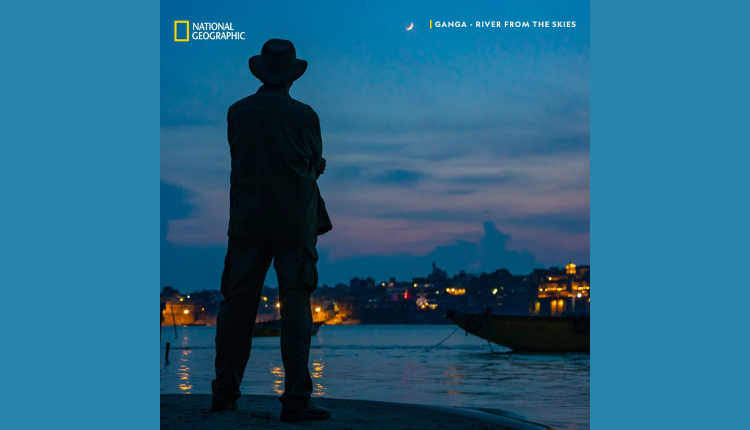 Ganga River Basin is the largest river basin in India, covering 1 million square kilometres, sustaining 600 million people. But relentless human and economic activity and the effects of climate change have impacted the clean and unbridled flow of its waters in the main stem and in its tributaries. Given this, a dedicated program has been sanctioned to tackle the pollution of the river, launched by the Central government in tandem with premier technology and conservation partners and involving grassroots communities. With an aim to create awareness and encourage viewers to do their part in rejuvenating the Ganga, National Geographic in India has associated with NMCG (National Mission for Clean Ganga) to document ‘Ganga: The River from the Skies’, a one hour special that highlights the intricate network of people, organizations, and infrastructure that are working together towards this monumental mission to rejuvenate and preserve the Ganga. The documentary will premiere on 22nd March 2022, World Water Day, at 8.00 pm on National Geographic in India.

Hosted by renowned and award-winning conservationist and filmmaker, Mike Pandey, the film will let viewers experience Ganga’s beautiful voyage across the heart of India, through a mosaic of cultures, traditions, and communities that have a unique relationship with the river. From the wetlands of the Sundarbans, through the silk city of Bihar, where the Gangetic Dolphin thrives, to the glaciers of Uttarakhand, the birthplace of the Ganga, the film takes the viewers through one of the largest and most comprehensive river conservation programmes in the country. Through the film, National Geographic aims to encourage viewers to bring about behavioural change and ensure the long-term sustainability of these initiatives.

“At National Geographic, we strive to inspire people by bringing to them insightful stories that take them on an immersive journey. The Ganga has significant economic, environmental, cultural, and religious value in our country and by showcasing the incredible and extensive efforts of the NMCG to clean and rejuvenate our majestic river, we wanted to encourage everyone to do their part in making the Ganga thrive again.” said the National Geographic spokesperson.

“Our river Ganga is considered to be a lifeline of this country and plays many a role in each state that it traverses through. However, it is currently facing many threats and at National Mission for Clean Ganga, we have been consistently working towards changing the fate of the Ganga and other rivers and for this, contribution at an individual level by every citizen of India is extremely crucial. We all can come together and create a difference by saving Ganga. Our association with National Geographic is an important step towards sharing the incredible story of river Ganga with viewers across the country and uniting them to collectively work towards a conservation mission.” said Mr G Asok Kumar, Director General, NMCG.

“Water, as we all know, is the most powerful element in the universe known to humankind. We are still discovering the formidable potential of this force of nature and the power of water, one can only understand if we spend enough time near a river or the ocean. My relationship with the Ganga as a conservationist has been lifelong. All the efforts to rejuvenate the Ganga and the Ganga Basin and all it sustains are very close to my heart. For this very special film, I travelled from Sunderbans to Devprayag and the Himalayas to understand the ongoing conservation work and protection of the Ganga River Basin. The message of this film is that each one of us needs to take ownership, lend your shoulders become part of the effort and feel responsible for the health and well-being of our rivers,” said Mike Pandey

‘Ganga: The River from the Skies’ will premiere on March 22 2022, at 8.00 pm on National Geographic Channel India.