News18 Showreel concludes on a high note, witnessing the entertainment industry’s most successful faces on stage 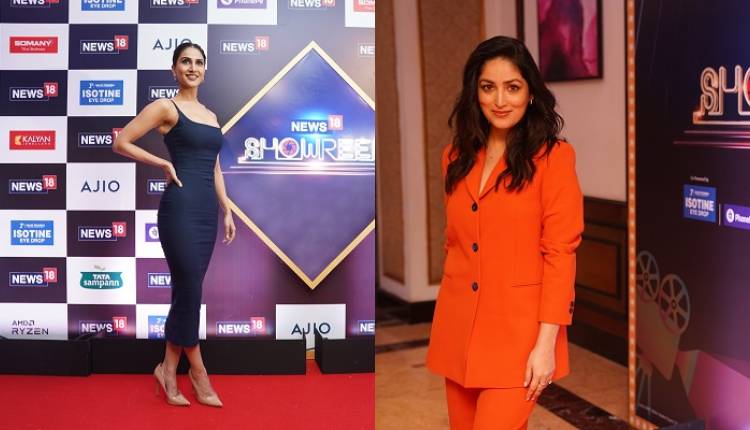 News18 Showreel turned out to be an extraordinary evening with the brightest stars of the film and the OTT world with an extravaganza of entertainment. The conclave was conducted on November 27th at the Taj Lands End in Bandra, Mumbai, and was aired live on News18 India.

The evening began with an opening chat with the shehzada of Bollywood Kartik Aaryan. In a candid conversation, Kartik highlighted some unforgettable events from his days of struggle, including how he travelled to Mumbai on the pretext of having to appear for an exam when his true goal was to become an actor. The evening continued with a fireside chat with Bollywood action star Vidyut Jammwal, who discussed the path from his childhood to the secret of his drive to succeed. Mrunal Thakur continued the event’s vibrant mood by sharing experiences from her personal and professional journey of skipping college and travelling to auditions.

The fourth panel witnessed Anupam Kher and Sikandar Kher‘s father-son banter on the variety of roles they have portrayed and their bond in personal life, including the one they share with Kirron Kher. Next in the house was Subhash Ghai, the showman of Bollywood who arrived with the aim of becoming an actor but instead became a film producer and director, expressing his thoughts on today’s movies and OTT content. The versatile actors’ panel of Vijay Verma, Shefali Shah, and Ashwini Iyer then shared their experiences working on some of their successful projects. The singers’ family panel featured Shankar Mahadevan and his sons Siddharth and Shivam Mahadevan, who spoke about their bond and the importance of singing in their lives.

The event proceeded with a conversation with Vaani Kapoor, during which she shared intriguing insights about her first audition. Following was the panel, which included famous OTT personalities Rasika Dugal and Saiyami Kher, who discussed their struggles in show business as well as their achievements in the OTT sphere. The conference continued with actor, director, and producer Tigmanshu Dhulia sharing his thoughts on the success of cinema in Bollywood and the south. Furthermore, the event featured celebrities such as Yami Gautam, who spoke about her stage fright and dread of media engagement in the early days of her career.

The conclave proceeded with two powerhouse Bollywood stars Kajol and Revathy on the panel, who discussed their experience working together for their next film Salam Venky. The closing panel featured an open conversation with Bollywood star Ayushmann Khurrana, who revealed the secret to his films’ success and achieving his ambition of being an actor.

Commenting on the success of the conclave, Karan Abhishek Singh, CEO-Hindi news, News18, shared “News18 Showreel was truly a path-breaking initiative – a new offering from News18 Network that has generated a huge amount of buzz. A platform that for the first time brought together some of the biggest faces of the entertainment industry to speak about their journey, craft and their vision for the industry – a unique experience that I am sure would have enthralled our audiences. We are committed to not only making this property bigger with each passing year but also as the country’s NO. 1 News Network launching similar seminal initiatives across a whole host of segments”.

What Happens When You Add Curd to Your Diet?