Nora Fatehi’s ‘Zaalima Coca Cola’ from ‘Bhuj: The Pride of India’ to release on this date 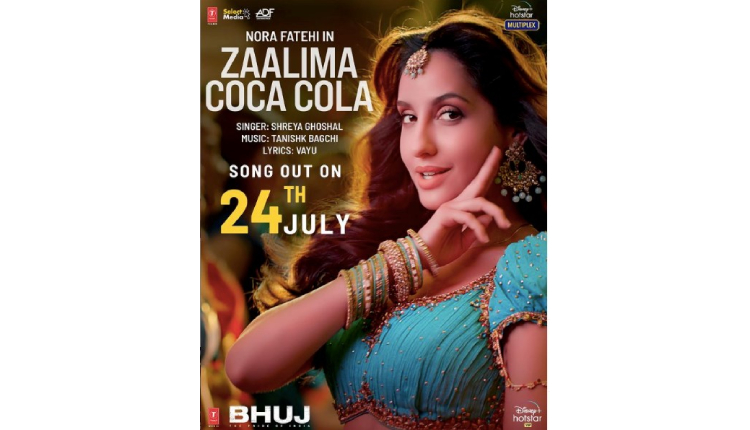 Nora Fatehi is undoubtedly the best dancer in the industry right now. With every new song of hers, she raises the bar so high. Every song of hers creates a new milestone. She is the new hit machine and her fans wait eagerly for her songs to release. Her next song is ‘Zaalima Coca Cola’ from the film ‘Bhuj: The Pride Of India’. The song will be released on 24 July.

When the trailer of the film was released, fans were so excited to see glimpses of Nora in it. It was a pleasant surprise for them and now a dance number from her is a cherry on the cake. The song ‘Zaalima Coca Cola’ will be released on 24th July. The song has been sung by Shreya Ghoshal, music composed by Tanishk Bagchi and lyrics penned by Vayu.

‘Bhuj: The Pride of India’ is a war action film set during the Indo Pakistan War of 1971. It is directed by Abhishek Dudhaiya. The film is about IAF Squadron leader Vijay Karnik played by Ajay, the then in charge of Bhuj Airport who and his team reconstructed the IAF airbase with the help of 300 local women. The film also features Sanjay Dutt, and Sonakshi Sinha.

The film will stream on Disney Plus Hotstar on 13 August.

Well, let’s wait and watch for the song to release and witness the magic of Nora!!

8 Vitamins & Minerals you need for a Healthy Immune System