Not One, But Two Debuts – Nikamma And Krishna Vrinda Vihari Says Shirley Setia 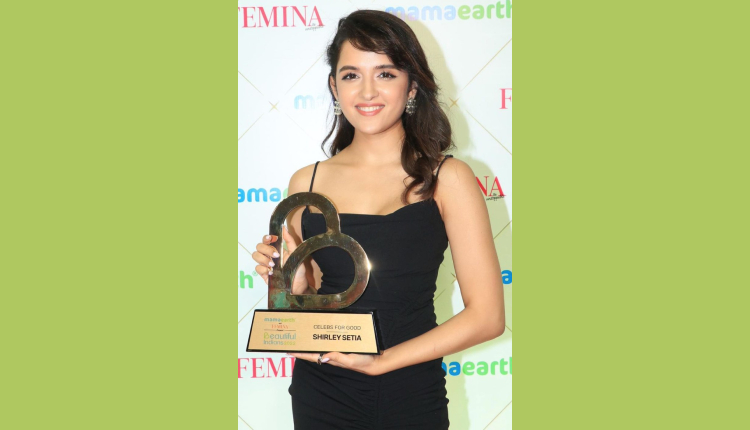 Singing sensation Shirley Setia forayed into acting with Maska which released on Netflix, and now will make two big debuts as well, Hindi and Telugu with Nikamma and Krishna Vrinda Vihari.

During her interaction with NewsHelpline at the Red-Carpet Gala of Femina Beautiful Indians Award 2022, newbie Shirely Setia said, “After waiting for two years, finally the film is releasing, I am super excited about the movie. Now I will be seen in two movies, Hindi and Telugu, it has been quite a journey, but I am excited beyond words”

Helmed by Sabbir Khan and co-produced by Shabbir Khan Films and Sony Pictures India, the film stars Shilpa Shetty, Abhimanyu Dassani, and Shirley Setia. nitially scheduled for a June 2020 release, it was indefinitely postponed due to production halt and theatres shutdown owing to COVID-19 pandemic. It is scheduled to be released on 17 June 2022.

Talking about the first-ever award show, Shirley Setai said, “I am nervous and excited about the show, as this is first ever event, but I am happy and elated to be part of such an event as there are so many people here who are consciously trying to make the world a better place”

Krishna Vrinda Vihari is helmed by Anish Krishna and produced by Usha Mulpuri under the banner of Ira Creations. The film features Naga Shaurya in the lead role. The film is scheduled to be released in theatres on 22 April 2022.

Versatile Ways to Pair Your Boots that You Kept Aside