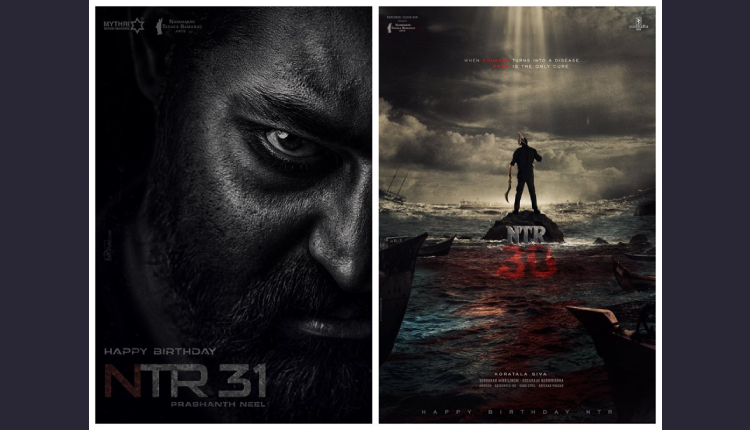 Right after the epic success of RRR, south superstar NTR Jr’s next has been announced and his fans are in for doble treat. The actor has announced NTR30 and NTR31, to mark his birthday special.

The action thriller will be helmed by Koratala Siva. In the releases motion poster, the actor is seen wielding machete against a rainy backdrop.

NTR 30, which is billed to be a commercial mass movie, is produced by NTR Arts and Yuvasudha Arts, and features an interesting cast and crew.

Jr NTR also shared the deeds about NTR31, which is his first ever collaboration with Prashanth Neel. Sharing the poster, he captioned it, “And then with @prashanth_neel”

In the first look of NTR 31, the dynamic actor is seen sporting an intense look.

Jr NTR is gearing up for his next, NTR 30 with Mirchi director Siva Koratala and NTR 31 with KGF director Prashanth Neel.