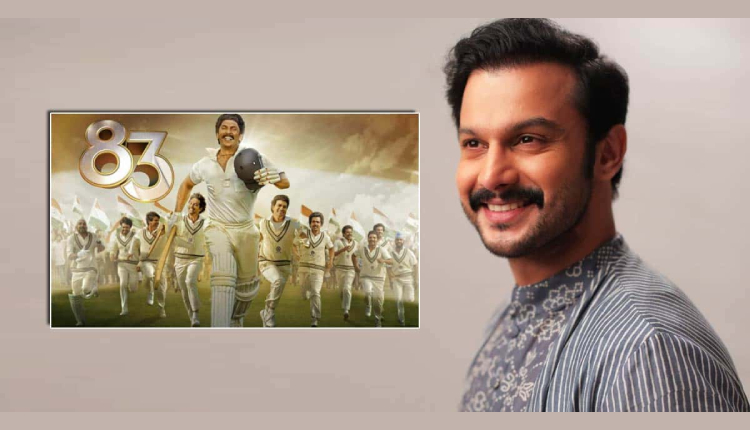 Actor Adinath Kothare, who plays the role of Indian cricketer Dilip Vengsarkar in the forthcoming 83’ says he is overwhelmed with the response the trailer is getting.

During his interaction with Newshelpline about the sports drama, 83, which chronicles the Indian cricket team winning the world cup in 1983, actor Adinath said, “The kind of response we are getting, it is extremely overwhelming. Everyone is praising the trailer, they are getting goosebumps, I think the film, the story and the sentiment is universal, and it doesn’t matter what generation you come from, or whether you like cricket or not, this story can inspire anyone”

“Because it is the story of underdogs, who at the time did unimaginably, they won the world cup. It was a mammoth of achievement, and we are blessed, as actors, get to be part of this journey” added the actor.

Sharing his experience working with Ranveer Singh in the film, Adinath said, “Working with Ranveer Singh was amazing, he is a ball of energy, and he is an amazing human being. He is one of the most hardworking actors I have ever seen. This film is about team spirit, a tale of 14 boys, and what made them win the world cup was their comradery and that was necessary for reel-team to have that energy, to have a captain who could lead the team, Ranveer Singh held the team together, just like Kapil Dev.

Sonic The Hedgehog 2 Trailer Is Out