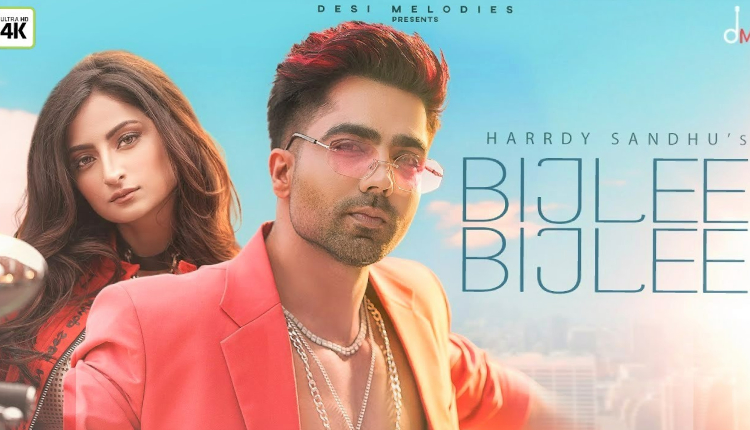 Hit song maker Harrdy Sandhu’s new single Bijlee Bijlee is the current hot favourite on every platform. The song also marks the music video debut of Palak Tiwari and the singer is just praising for the debutante.

During his recent interaction with Newshelpline, singer Harrdy Sandhi praised his co-star from the song, Palak.
Talking about his working equation and experience with a newbie, Hardy said, “I don’t call her Bijlee, but she has given me a name, she calls me shooter. For the first video, what she has done and performed is out of the box and she is looking drop-dead gorgeous in the video. Thanks to the audience for loving the song. I was expecting this kind of response and we’re getting it. Palak Tiwari has killed it, for the first song, she has killed it”

With 40 million hits, the song is trending on every platform, so we asked Harrdy if he will collaborate with Palak anytime soon. He said, “I have not thought about a new song, but if we could come up with a song and if it’s a good song, we will definitely do it with her”

Furthermore, Harrdy confirmed his new song, which will be out in January. He said, “We’re releasing one more song in January, so everyone needs to wait till then, we have shot the song, it’s on the editing table right now”
Presented by Desi Melodies, the song Bijlee Bijlee reunites Harrdy Sandhu with Jaani, Arvindr Khaira, and BPraak after three long years.