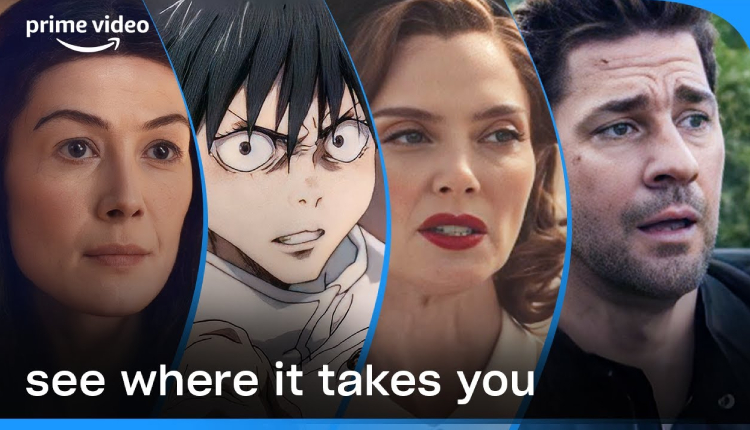 Prime Video, the country’s most loved entertainment hub, announces its presence at India’s biggest fan convention ‘Comic Con India’ Delhi chapter. The service will create multiple immersive engagements for the fans around its biggest and most loved international original series – The Rings of Power, The Boys, and Jack Ryan at the fest.

Comic Con is one of the country’s biggest festivals dedicated to celebrating pop-culture. Held over three days from December 9th to 11th at NSIC Exhibition Grounds, Delhi, Comic Con Delhi will be an immersive festival for all comic book fans and game lovers. Prime Video’s booth will be wrapped with stunning artworks from all the three titles and will have three separate rooms for the attendees to step foot into and engage with these incredible worlds.

The first room will be themed around the highly popular Amazon original series, The Boys. Keeping the essence of the show, Prime Video has tailor-made a fun game, called the A-Train Speed Challenge. The participants will activate LED targets, which are illuminated at random, and the objective is to strike the illuminated targets as fast as they can in a limited period of time. Once the time’s up, players will receive a score based on their reaction time.

The second room is home to the world of Jack Ryan. To create surprise among the fans for Jack Ryan season 3, Prime Video has designed a virtual reality (VR) game for the visitors, where players can take aim at a floating target with a virtual gun.

The Rings of Power zone will test the fandom of loyalists. Serving as an ode to the loyal fans of the epic-drama, Prime Video has set up two interactive activities. First comes the quiz which will test the visitors’ memory regarding the storyline and characters. The second game is a digital puzzle which the visitors need to solve for a stunning visual pay-off

At Comic Con, the service will also reveal its riveting line-up of the most anticipated international titles lined up for December end and early 2023.

Jujutsu Kaisen 0, is an animated dark fantasy film based on the manga series Jujutsu Kaisen created by Gege Akutami. The film is based on Gege Akutami’s manga series and follows Yuta Okkotsu, a young high school student who’s cursed. After his friend Rika Orimoto dies, Yuta is haunted by her spirit and grapples with the grief and loneliness. His path leads him to sorcery as a way to control Rika, whose presence often saves him or puts him in precarious situations. The film is available to stream from Dec 1.

Daisy Jones & The Six, a limited musical-drama series detailing the rise and precipitous fall of a renowned rock band based on the best-selling novel by Taylor Jenkins Reid by the same name. The series stars Riley Keough as Daisy Jones, Sam Claflin, Camila Morrone, Will Harrison, Suki Waterhouse in pivotal roles, with a special guest appearance by Timothy Olyphant. The series will be available to stream from March 3, 2023.

Gen V is a spin-off of the popular series, The Boys, set at America’s only college exclusively for young adult superheroes (run by Vought International). The show explores the lives of hormonal, competitive supes as they put their physical, sexual, and moral boundaries to the test, competing for the school’s top ranking. The series will be available early 2023.

The Wheel of Time Season 2 the epic fantasy series stars Rosamund Pike where she plays a woman names Moiraine – a member of a magical organization and takes five young people on a journey, believing that one of them might be the reincarnation of the Dragon. The show is scheduled to air early 2023.

5 Immune-boosting Snacks to Enjoy Your Evenings