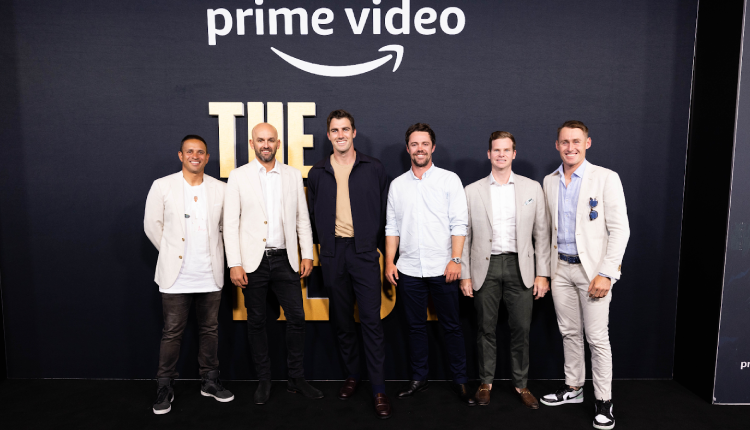 “This time you will see more of the personalities inside the dressing room, sharing stories from inside and outside of cricket. There are also some really special moments with players and their families.”

Following The Test Season One, the biggest sports series to date for Prime Video in Australia, Season Two will offer rare, behind-the-scenes insight into the Australian men’s cricket team as they strive to be the best in the world, in the face of disruptive leadership changes.

The new four-part docuseries will see the return of director Adrian Brown (The Test Season One), who is co-directing with Sheldon Wynne, and will be available exclusively on Prime Video in more than 240 countries and territories worldwide on January 13.

The series goes behind closed doors and follows the 2021/22 Test Season, where the players face off against archrivals England, play cricket in Pakistan for the first time in more than two decades, and duel with Sri Lanka in the middle of anti-government protests. This series offers a rare behind-the-scenes look into the lives of the Australian men’s cricket team, which includes captain Pat Cummins, Nathan Lyon, Scott Boland, David Warner, and Usman Khawaja.

The Test Season Two is produced by Amazon Studios in collaboration with Cricket Australia and Whooshka Media. The producers are Mish Armstrong, Adrian Brown, and Richard Ostroff. The co-directors are Sheldon Wynne and Adrian Brown.

Since 2019, Prime Video has commissioned 23 Amazon Original series in Australia—The Test S1-S2, Making Their Mark, a series of 10 stand-up comedy specials by some of Australia’s best comedians, LOL: Last One Laughing Australia with Rebel Wilson, Back to the Rafters, Luxe Listings Sydney S1 – S3, The Moth Effect, Head Above Water, award-winning feature-length documentary Burning, Kick Like Tayla, Warriors On The Field and upcoming Deadloch, The Lost Flowers of Alice Hart, Class of ’07, and the first Australian Amazon Original movie Five Blind Dates. At the Prime Video Showcase this year, Prime Video announced the new Australian Amazon Original productions Hot Potato: The Story of the Wiggles, Dance Life, The Defenders, Hugh van Cuylenburg: G.E.M along with a series of five stand-up comedy specials.

The Test Season Two premieres exclusively on Prime Video from Friday January 13, 2023 in Australia and in over 240 countries and territories.

THE CLASSIC INDIAN GUIDE TO CITIZEN-CRAFT, TRANSLATED FOR THE CONTEMPORARY READER, RELEASES TODAY