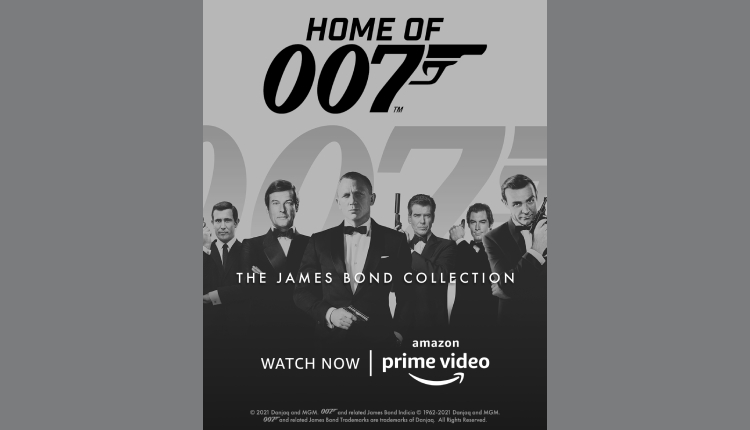 Prime Video today announced an array of brilliant, much-loved films from the iconic James Bond franchise to be premiering on the service. With a total of 23 feature films to be made available for Prime members to stream this holiday season, Prime Video is treating all spy-drama fans with a 007 treat. From the very first James Bond film Dr No in 1962 to the 2015 Daniel Craig starrer Spectre, audiences across the globe can sit back and watch death-defying stunts and action sequences shot in the backdrop of the most picturesque locations. Be it Goldfinger, Le Chiffre, Blofeld, Bond on the back of the latest gadgets and gizmos, and not to forget his lavish cars, will delight viewers as the suave spy gets the better of his arch nemeses. And rest assured that when he does, he’ll have his iconic vodka martini always ‘shaken, and not stirred’.

Fans of the British secret agent whose name precedes his reputation will be thrilled to watch some award-winning, classic James Bond movies. The Bond legacy has been portrayed by some of the most admirable and versatile actors in Hollywood. Right from the legendary era of the debonair rogue portrayed by Sean Connery to Timothy Dalton’s nefarious yet desirable charm, to Pierce Brosnan’s swagger and unmissable action-laden charisma bought forth by Daniel Craig, making 007 a global phenomenon.

A fictional character created by Ian Fleming, the Bond films, one of the world’s long-running franchises, have received critical acclaim and much fanfare from across the world through the years and continue to remain a fan favourite. will now be easily available to stream on Prime Video starting December 18.

Celebrate this Christmas at Courtyard by Marriott Bengaluru Hotel