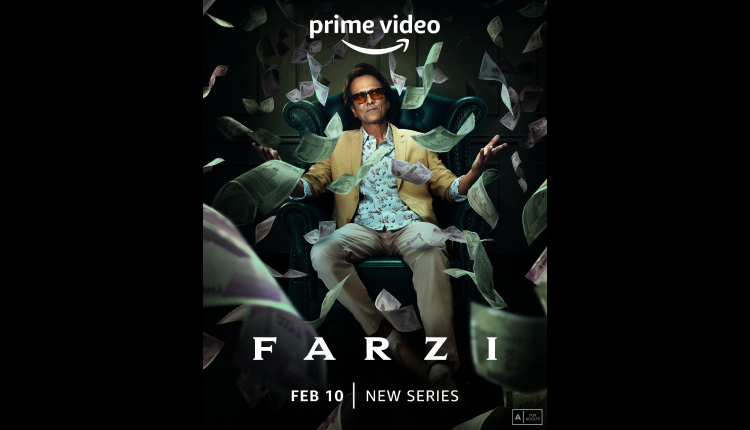 “I have been fortunate to get such varied roles to play in the digital space. My character in Farzi is outlandish and has his own swag. Very interesting for an actor to push the act to the edge and yet keep consistency throughout. I thoroughly enjoyed it as it’s something that you, as a performer, are not quite sure of and you look at your directors’ reaction eagerly after every take to see if you have hit the note each time. Farzi is a one-of-a-kind crime thriller created by one of the finest directors Raj & DK. It was amazing to collaborate with them and work with such a talented pool of actors on this project. I can’t wait for the launch of the series and to see the audience’s response to it,” said Kay Kay Menon

Farzi is an eight-episode crime thriller with Raj & DK’s signature humour, told through the eyes of a clever underdog street artist attempting to thwart a system that favours the elite. The series will premiere on Prime Video from 10th February in India and more than 240 countries and territories.

Drawing on Memories an exhibition of collages by S.G. Vasudev