Prime Video’s ‘The Summer I Turned Pretty’ is high on mother-daughter love, just like these 4 great films 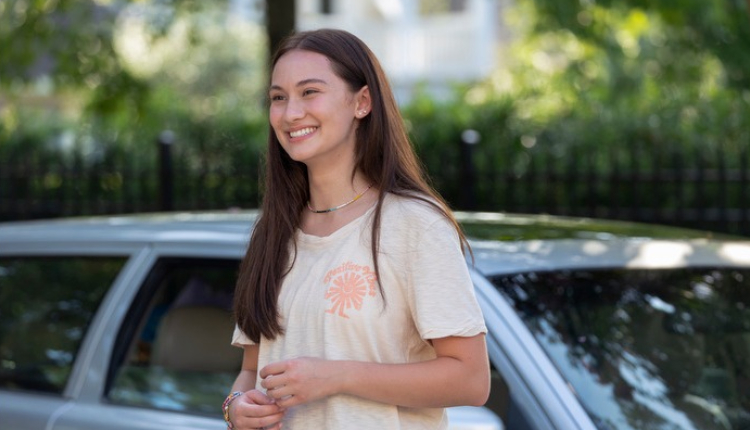 Ever since Amazon Prime Video announced the teen rom-com The Summer I Turned Pretty (SITP), excitement is at its peak around stars Lola Tung, Christopher Briney, Jackie Chung, Gavin Casalengo, and Rachel Blanchard. In this coming-of-age drama based on Jennie Han’s eponymous book, the character Belly gets entangled in a love triangle with two brothers, Conrad and Jeremiah, during an annual family trip. There’s a lot to take in for Belly alone, for which she always has her mom, Laurel, by her side. From advising correctly to letting her follow her heart, Laurel is that best friend Belly can run into whenever in need.

As SITP explores the mother-daughter bond, here are 4 recent films that have tapped into this relationship equally well:

An adaptation of Nancy Springer’s eponymous young adult fiction series, Enola Holmes depicts the story of detective daughter Enola (Millie Bobby Brown) and missing mother Eudoria (Helena Bonham Carter). All Enola has to find her missing mother are some clues. She applies her mother’s teaching about critical thinking, observational skills, independence, archery, and chess, among others, to reach her goal. During her journey, this Harry Bardbeer mystery film involves wide-ranging emotions and nostalgia, with which Enola manifests the importance of a mother in her life. You can’t miss it.

This film revolves around a young mother and former beauty queen, Turquoise Jones (Nicole Beharie), who enters her teenage daughter Kai (Alexis Chikaeze) into a pageant. However, Kai doesn’t share her mother’s ambitions and is seemingly disinterested in beauty pageants, but Turquoise pushes her with hopes to get her a scholarship in college. Having different priorities, their relationship goes for a toss. Eventually, the two come to terms with their likes, dislikes, and accept each other’s individuality. Channing Godfrey Peoples, director, and writer, succeeds at showing the different shades of a mother-daughter relationship and the understanding they share.

The Truth is a story of a self-indulgent actor named Fabienne Dangeville (Catherine Deneuve), and her screenwriter daughter Lumir (Juliette Binoche). Fabienne and Lumir’s bitter-sweet bond gets tested when the former releases a memoir, which shows their relationship in a fairytale light. Then, Lumir reopens past wounds, grievances and blames her mother for not being an ‘ideal mom.’ But, reality hits Lumir, who is now a mom, as she understands her mother’s struggles. The mother and daughter’s ultimate reconciliation is emotional and truly relatable.

An adaptation of Louisa May Alcott’s 1868 classic, Little Women was set in the backdrop of the lives of Concord (Massachusetts). The film circles around the lives of sisters—Jo, Meg, Amy, and Beth— and their relationship with their mother Marmee. All the four sisters share a unique bond with their mother, who treats each daughter equally and supports them in whatever they do. She gives her daughters the freedom to follow their dreams and make mistakes. Little Women shows how an understanding and supportive bond between mother and daughters can change lives for the better. Written and directed by Greta Gerwig, this coming-of-age period drama consists of a stellar cast including Saoirse Ronan, Emma Watson, Florence Pugh, Eliza Scanlen, Laura Dern, and others.

Filled with fights, drama, and emotions, the mother-daughter bond in The Summer I Turned Pretty is unique in its flavor. Directed by Jenny Han and Gabrielle Stanton, the series will help families bond all over again as it premieres June 17, 2022 only on Amazon Prime Video.