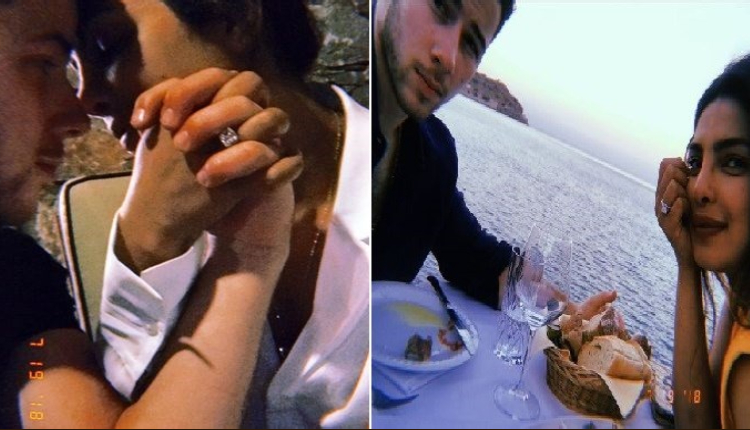 Global Icon Priyanka Chopra and Nick Jonas celebrate the third anniversary of their engagement. The power couple took to their respective social media profiles and dropped candid pictures from the day of engagement in 2018.
American singer Nick Jonas popped the question to Priyanka during a romantic vacation in Greece in 2018, and Peecee accepted it with all her heart! The duo has an epic wedding in a royal palace in India.

Priyanka shared a picture from the day Nick proposed, in which their hands were seen entwined together and her engagement ring shone brightly on her finger. She captioned it, “My everything…3 years today. Seems like a blink and a lifetime at the same time. I love you”

Singer Nick also shared a picture, he captioned it, “3 years ago today”. Peecee replied to his post, she wrote, “Thank you for asking jaan.”

Meanwhile, on the work front, Priyanka was last seen in ‘The White Tiger’ with Rajkummar Rao. Next, she will lead the romantic drama Text for You opposite Sam Heughan and Celine Dion and has been cast in an undisclosed role in Matrix 4.

She will next star alongside Richard Madden in Amazon Prime Video’s thriller series Citadel. She is also set to appear in the action film Cowboy Ninja Viking opposite Chris Pratt.

Golden Era Is Coming To Life – Ponniyin Selvan, Title Poster Is Out