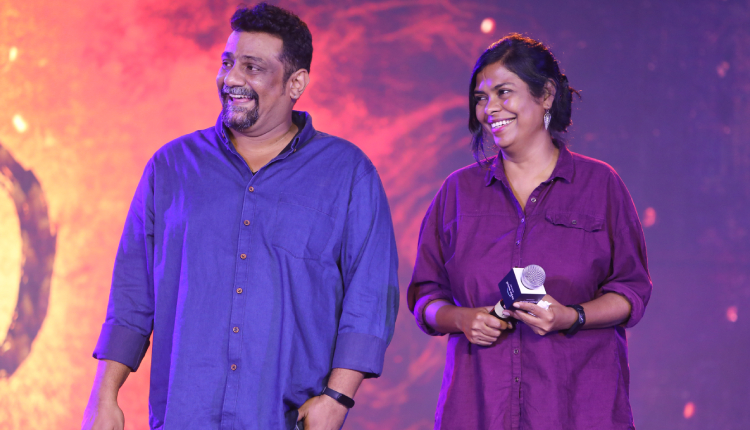 Amazon Prime Video’s brand new original series – Suzhal – The Vortex is an investigative drama filled with suspense and hidden secrets. Premiered on 17th June, the show created by Pushkar and Gayatri has managed to garner rave reviews from critics and viewers alike. People can’t stop talking about how gripping this narrative is. Released in 30+ languages, the Amazon Original has reached far and wide, with people from across the globe enjoying a look into the lesser explored myths and traditions of South India. Suzhal – The Vortex is a story about a close-knit community in the fictional town of Sembaloor, and the deep dark secrets that are hidden by its residents. The entire plot takes root in the annual micro-festival of Mayana Kollai. The show has eight episodes that build up towards a mind-numbing climax.

Talking about the complex process of developing a story with so many layers and depth, creator duo-couple Pushkar and Gayatri shared their experience while writing this story. “We spoke to doctors, psychiatrists, and people involved in forensics to get the investigation and other parts right, so that was an important component of research. Now after watching the series, so many experts are dropping in messages saying that it is so accurate and like we’re not just randomly pulling things off,” said Gayatri.

Narrating the incident of how they came about adding the angle of the festival, Pushkar added, “We were coming back from somewhere and we were crossing Vellore, and at that point of time Mayana Kollai was being celebrated in a small village outside of Vellore. And our driver, who’s a local from there, told us about it, and it was like a proper eureka moment for Gayatri and me. We were writing Suzhal then, and the parallels just clicked! We were in search of what could be the X factor in the story, and when this experience happened then everything kind of fell into place. So, then we spent a lot of time doing research around the festival as well.”

Suzhal – The Vortex features Aishwarya Rajesh, Kathir, Sriya Reddy, and R Parthiban, in the lead roles. It has been released in multiple languages including regional Indian languages like Tamil, Telugu, Malayalam, Kannada, and Hindi. The show is also getting released in English and other foreign languages like French, German, Italian, Japanese, Spanish, etc. You can binge-watch all eight episodes now, exclusively on Amazon Prime Video.

Celebrate Pride Month at antiSOCIAL Pune with The Mother of Electronica, Ma Faiza on June 25