Radhe Shyam Trailer Out On This Date 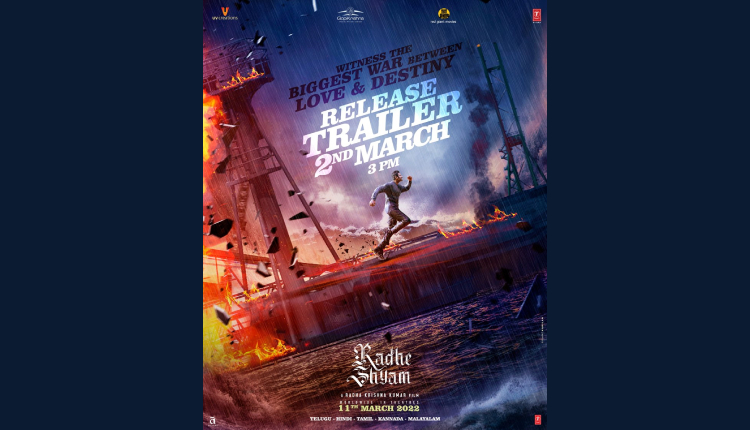 After a hit music album of Aashiqui Aa Gayi, Soch Liya, Udd Jaa Parindey and Jaan Hai Meri, the makers of Radhe Shyam drop a stunning new poster of the film and confirms that the trailer will be out on 2nd March.

Set in Europe of the 1970s, the period romantic drama Radhe Shyam is written and directed by Radha Krishna Kumar, starring Prabhas and Pooja Hegde.

The film is shot simultaneously in Telugu and Hindi languages. The film is produced by UV Creations and T-Series under the banner of Gopi Krishna Movies.

Originally planned for a release on 30 July 2021, it was delayed due to the COVID-19 pandemic. The film was later scheduled to release on 14 January 2022, coinciding with the festival of Sankranthi but was postponed indefinitely due to the surge in the Omicron variant cases.

The film is finally scheduled to release on 11 March 2022.