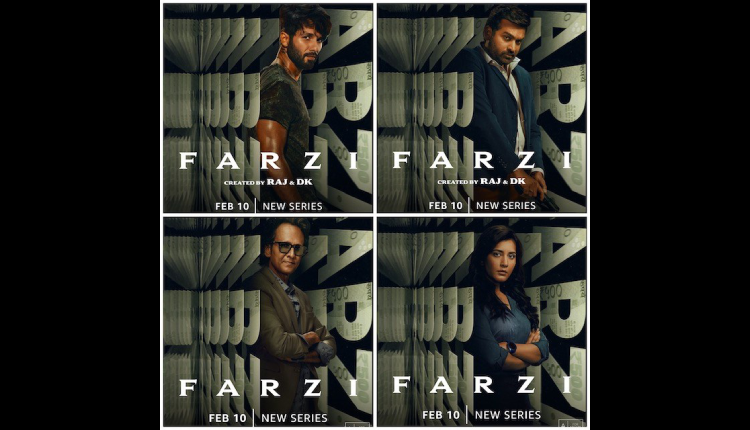 After unveiling first look poster for Shahid Kapoor and Vijay Sethupathi from Farzi, the makers drops first look for Kay Kay Menon and Raashi Khanna, and drops the theme music for the series.

Farzi is written by Raj and DK along with Sita R Menon and Suman Kumar.

Raj and DK said the show is based on their ‘favourite script’ and described it as their labour of love. The crime thriller centres on a cunning underdog street artist’s attempt to game the system that benefits the wealthy.