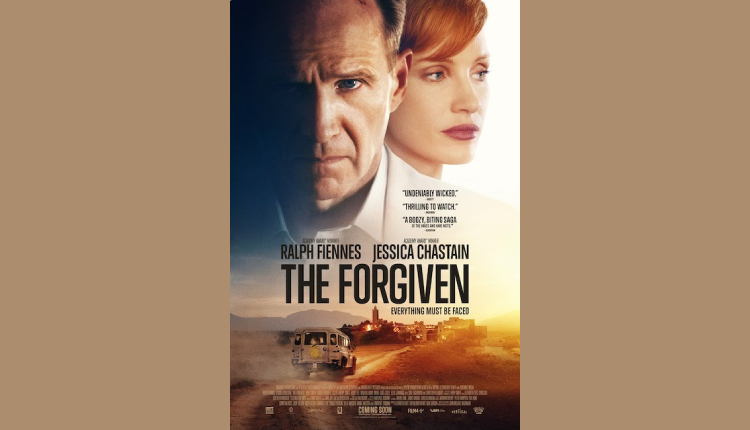 Joint collaboration of Roadside Attractions and Vertical Entertainment, the official trailer for The Forgiven, helmed by John Michael McDonagh.

Speeding through the Moroccan desert to attend an old friend’s lavish weekend party, wealthy Londoners David and Jo Henninger (Ralph Fiennes and Jessica Chastain) are involved in a tragic car accident with a local teenage boy.

Arriving late at the grand villa with the debauched party raging, the couple attempts to cover up the incident with the collusion of the local police. But when the boy’s father arrives at the villa seeking justice and redemption, the stage is set for a tension-filled culture clash in which David and Jo must come to terms with their fateful act and its shattering consequences.

The Forgiven is both written and directed by the talented English filmmaker John Michael McDonagh, adapted from Lawrence Osborne’s novel of the same name.