Randeep Hooda Confirms His Next CAT With Netflix 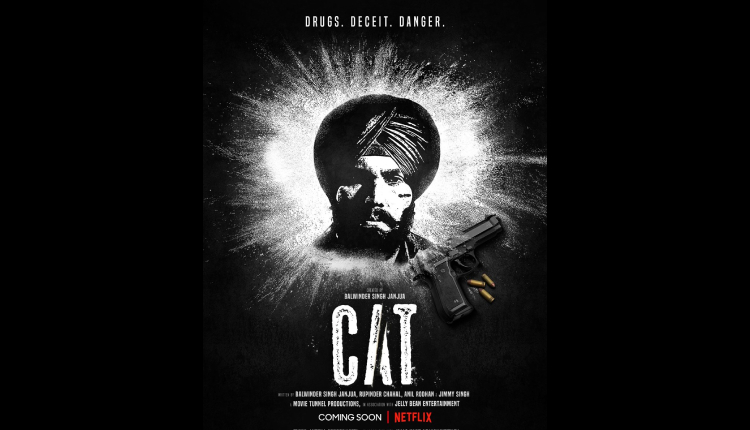 Helmed by Balwinder Singh Janjua, the show will features Randeep Hooda as an undercover spy in revenge drama, CAT.

Sharing the poster, Randeep Hooda captioned his post, “Where do you go when there’s nowhere to hide? I couldn’t be more excited to announce #CAT, where drugs, deceit & danger come together to unravel chaos. Coming soon on @netflixindia @BalwinderJanjua @Tunnelmovie @jellybean_in @panchalic #JimmySingh #AnilRodhan #RupinderChahal”

Set in the hinterlands of Punjab, Randeep seems to be playing a turban-clad character, going by the show’s poster.

The official handle of Netflix India also confirmed the same. It said, “The choices are few and dangerous when you belong to rival gangs!
We’re at the edge of our seats as the story of CAT will soon be here. @randeephooda @balwindersinghjanjua @movietunnelproductions @jelly_bean_ent @panchalic @_jimsingh @anilrodhan #RupinderChahal”

Apart from CAT, actor Randeep Hooda will soon be seen in Unfair & Lovely, which is also helmed by Balwinder Singh Janjua and produced by Sony Pictures Films India. The film also features Ileana D’Cruz in the lead roles. The film is about to explore India’s obsession with fair skin.

Chali Aa From Love Hostel Is Out, Feat. Vikrant Massey And Sanya Malhotra