Ready to unmask the mystery, S.J. Suryah will put the rumours to rest in Prime Video’s latest Tamil original- ‘Vadhandhi – The Fable of Velonie’ 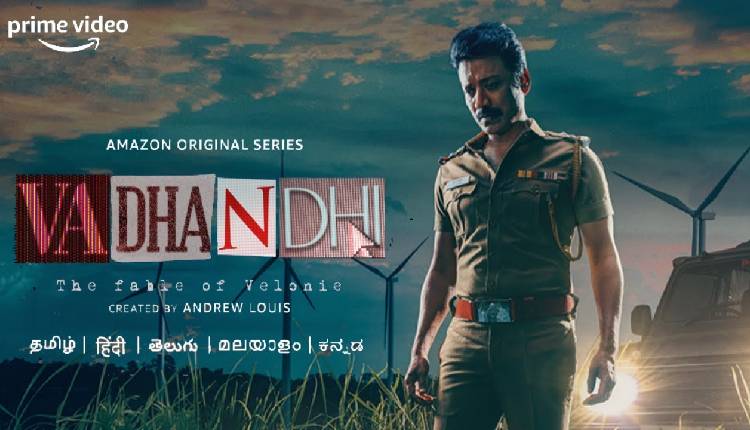 In less than 24 hours, Prime Video will premiere its newest original, Vadhandhi – The Fable of Velonie, a crime-thriller that promises to keep the audience glued to their screens until the very end. Making his streaming debut, multifaceted artiste S.J. Suryah plays the role of a troubled but determined cop, who will not rest until he solves the murder investigation of the beautiful Velonie, played by debutante Sanjana.

Building anticipation before the series drops on the service, Prime Video launched a special promo with SJ Suryah in character, which gives everyone a little more of the series’ premise in the form of a teaser.

“Lies often come masquerading to a police officer. Do you know the name of this mask? It’s Vadhandhi or rumour. And only when you peel away this mask of rumours, will you be able to see the truth. What’s even more tragic is that sometimes these rumours wear multiple masks. Nobody in the department can unravel this subterfuge.”

“Even in Velonie’s case, lies snuck around in many corners with several masks. I didn’t quit. With every thought and breath in my body, did I peel away the mask and uncover the truth? Don’t believe in hearsay. Watch it yourself.”

Produced by Pushkar and Gayatri of Wallwatcher Films and created by the brilliant Andrew Louis, the series also brings popular actress Laila to streaming, and marks the debut of Sanjana, as they bring to life a complex and thrilling storyline, along with treasured icons of Tamil cinema, M. Nasser, Vivek Prasanna, Kumaran Thangarajan and Smruthi Venkat in pivotal roles. The eight-episode Tamil crime thriller will premiere in India, and 240 countries and territories, starting 2nd December in Hindi, Telugu, Malayalam and Kannada.