The most anticipated movie of the year, Ponniyin Selvan (PS I), is going to hit the theatres on 30th September 2022. The ticket booking has been open and we are going to have a goosebump-filled month end. The star-studded historical movie has often been mentioned compared to the blockbuster movie “Bahubali”. Of course, both Ponniyin Selvan and Bahubali are massive budget movies, the two are indifferent in major ways. A historical movie can never be compared with a fictional movie with patches of history. Well, each movie is distinct and beautiful. However, you may have read comments like “PS I is not as satisfying as Bahubali” right before the release of the movie. In this article, we are going to elucidate the reasons why you should never compare Ponniyin Selvan (PS I) with Bahubali. Read on. . . 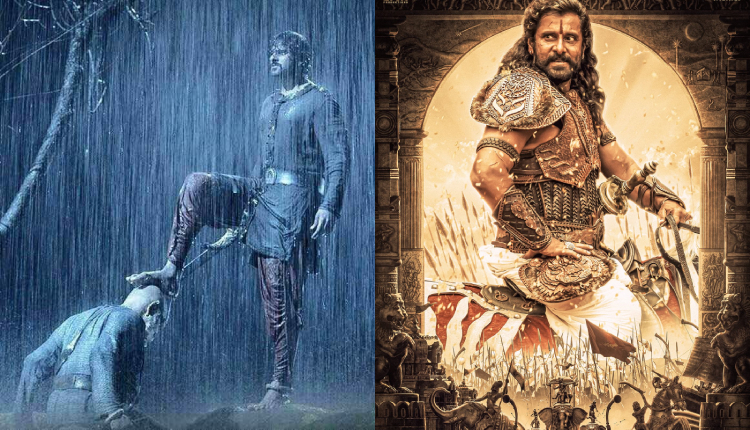 Based on the History of a Glorious Kingdom. . .

The much-awaited Ponniyin Selvan (PS I) is based on a historical novel written by Kalki in Tamil and published in 1955. It is completely about the Chola Dynasty that revolves back to the 10th century. Coming to the movie, the Pan-India director, Mani Ratnam has tried their best to bring out the masterpiece on the big screen with a hub of stars.

The Iconic Kundavai & Nandhini Face Off:

We have the most iconic and hair-raising face-off between Kundavai & Nandhini in Ponniyin Selvan I. The former one with a heap of courage to protect the Chola Dynasty and the latter one with a heap of vengeance to destroy the same. This is one of the iconic scenes that has been manifested exactly as described in the book. It brought an awestruck experience to all Ponniyin Selvan fans when witnessed in the trailer.

The History of the Golden Era:

As mentioned, Kalki’s Ponniyin Selvan depicts the 10th century Chola Kingdom and how it attains the Golden Era. The plot of the story flows around King Raja Raja Chola or Arulmozhi Varman or Ponniyin Selvan. Ponniyin Selvan’s director has rightly picked his characters in the movie and brought them to reality right from the past. The movie, thus, tells how the kingdom attains its Golden Era. Moreover, the movie runs as per the plot of the novel. Coming to Bahubali, the story differs and it’s partly fictional and partly historical.

Often, the Ponniyin Selvan stars mentioned the movie is a 70-years-dream of Tamil Cinema. Right from Puratchi Thalaivar M.G.R to Ulaganayagan Kamal Hassan dreamt of making the epic novel into a massive movie. But they could not make it. However, we have our eminent director Mani Ratnam who dreamt the same and brought it into reality. For which, the whole of Tamil Cinema has been applauding. So, the magnum opus, Ponniyin Selvan is a 70-years-dream of Tamil Cinema that came true. Not to mention, you have seen how our Superstar mentioned where he requested Mani Ratnam for a role in the movie. That’s how the anticipation and excitement for the movie have been surging.

The inclusion of 1500-Year-old Konnakol and Distinct Songs:

The inclusion of 1500-year-old Konnakol in the trailer has a separate fan base right now. When it comes to the songs, each one has its distinctiveness. Be it Ponni Nadhi or Devaralan Attam, you may feel the beauty of Tamil and its uniqueness of it. So, each movie stands out to give its best and Ponniyin Selvan has been the most anticipated movie of the year.

The Cholas are coming to theatres near you! And as our very own Karthi commented, “This movie is a gift from Mani sir to the next generation. We’ve not read the history of the Cholas, so this will open a whole world to a new generation”, it is a gift and not to be compared with other massive movies. Have you booked your tickets to witness our Chola Kingdom?

Alia Bhatt As Keya Dhawan In Heart Of Stone