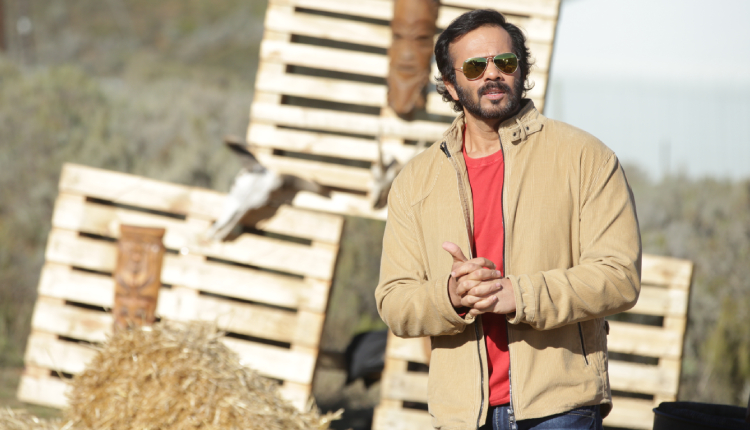 With each passing day, India’s most popular stunt-based reality show, COLORS’ ‘Khatron Ke Khiladi’, becomes more exhilarating. The contestants, as well as host and action master Rohit Shetty, add to the excitement and entertainment. In a previous episode, Arjun Bijlani, known for being one of the most eccentric candidates on the block, was seen deciphering Rohit Shetty’s “Man Ki Baat”. However, in the upcoming episode, action master Rohit Shetty takes on the role of baba and decodes the participants’ “Man Ki Baat” while putting them through difficult stunts.

How is it possible that two television’s leading ladies become friends without attracting the attention of the public? On the sets of ‘Khatron Ke Khiladi,’ Divyanka Tripathi and Shweta Tiwari’s friendship is blossoming, and Arjun urges Rohit Shetty to understand what Divyanka Tripathi really feels when she takes Shweta Tiwari on the side for gossip. “Don’t come with the notion that I’ll let you win,” Rohit adds, amusingly decoding her true feelings. Everyone burst out laughing as he says, “I respect you just because you are my senior.”

Will Divyanka let Arjun go without knowing his ‘Man Ki Baat’? She wants Rohit Shetty to decode why he is so loving to him. To which Rohit imitates Arjun and says, “Who came here for ‘Khatron Ke Khiladi’, I came here to persuade Rohit to cast me in his future projects.” It becomes funnier when he mimics him saying “Sir, have you seen one of my shows where I portrayed the role of commando?”. Looks like Arjun will have to come up with a new trick now to convince Rohit Shetty to cast him.

Stay tuned and watch ‘Khatron Ke Khiladi’ every Saturday and Sunday at 9:30 PM only on COLORS