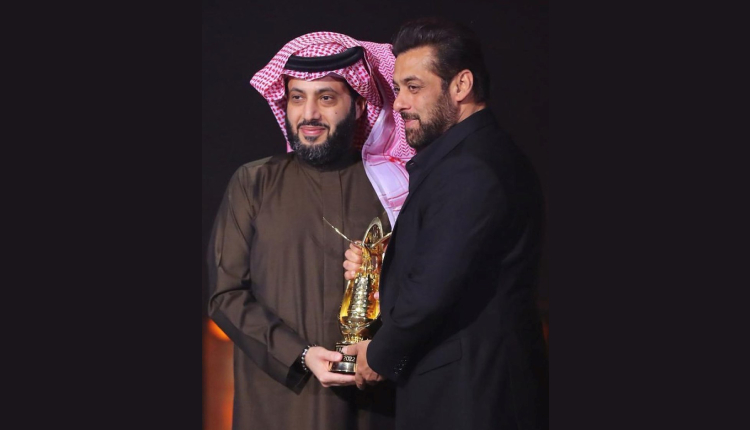 Bollywood superstar Salman Khan has been honoured at the Joy Awards 2022, held in Riyadh, Saudi Arabia.

Taking to his Instagram handle, Salman shared a picture from the ceremony in which he can be seen receiving the ‘Person of the Year’ Award. In the caption, he wrote, “My brother Bu Nasser…it was lovely meeting with you…@turkialalshik”

At the ceremony, Salman also met actor John Travolta and introduced himself to the ‘Pulp Fiction’ star, along with praising him for his performance in films.

Siddharth Anand’s Pathan will feature Shah Rukh Khan, Deepika Padukone and John Abraham in the lead, and Salman Khan will be seen playing an extended cameo.

Thank You TejaTroops For Making It Possible Says Tejasswi Prakash