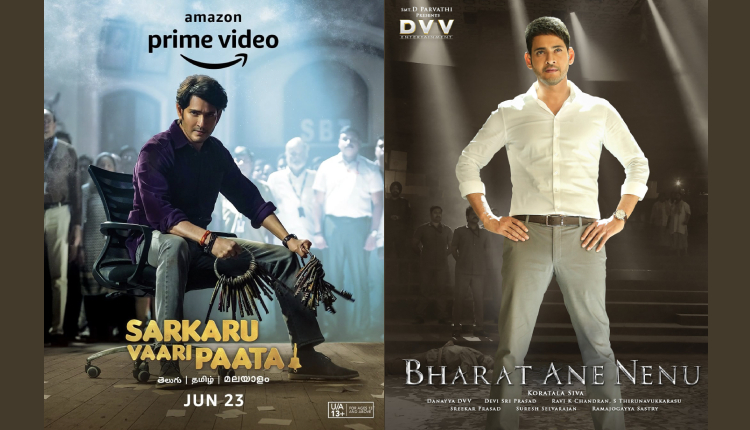 Mahesh Babu, the name itself is enough to gauge his popularity. Born to veteran Telugu actor Krishna, Babu, with his skills has created a space for himself in the industry. After serving as a child actor, Mahesh Babu made his debut with Raja Kumarudu in 1999 and won the Nandi Award for the Best Male Debut. Giving several hits, Mahesh Babu today is one of the most popular and influential actors. He has a diverse line of roles, and today, we trace down five films by him that created a storm in the entertainment world.

Topping the list of Mahesh Babu’s best performances is Athadu. An action-thriller, Athadu has Mahesh Babu as a dreadful professional killer, Nandu. He is hired to take the life of a politician. However, things don’t go as planned, and instead, an innocent man loses his life. With guilt taking over him, Nandu impersonates the man and lives with his family.

Mahesh Babu, as the fearless killer and the guilt-ridden man, shows his versatility. His acting skills are not-less-than perfect, leaving viewers to cheer for him. Released in 2005, Athadu is one of the highest-grossing Telugu films, which also stars Thrisha, Sonu Sood, Prakash Raj, and Brahamanandam. It’s the climax of the film that will leave you thrilled.

Marking the much-awaited collaboration between Mahesh Babu and director Teja, Nijam is a coming-of-age revenge drama. Released in 2003, Nijam had macho-man Gopichand play the antagonist Devudu. Though critically acclaimed, Nijam unfortunately, couldn’t fetch the numbers at the box office. But it is counted among Mahesh Babu’s best films, credits – his incredible acting.

Known for his heart-touching performance, Mahesh Babu leaves viewers teary-eyed as a son who loses his father due to miscreants. On a journey to avenge his father’s death, Mahesh churns out some scenes that leave viewers speechless. Nijam is one of Mahesh Babu’s finest performances and even won the Nandi Special Jury Award for it.

Last but not the least comes Sarkaru Vaari Paata. The recent blockbuster is a must inclusion in the best films by Mahesh Babu, as he has outdone himself. Co-starring Keerthy Suresh, Mahesh Babu plays a banker, who advocates the importance of financial discipline. But things turn topsy-turvy when his love interest swindles him.

Keerthy and Mahesh Babu’s chemistry is the highlight of SVP. His boyish charisma coupled with maturity is magical. If you’re a Mahesh Babu and Keerthy Suresh fan (even if you’re not!) Sarkaru Vaari
Paata is a must-watch. Viewers can watch the film on Prime Video starting 23rd June.

A film that upped Mahesh Babu’s career a step ahead is Pokiri. Directed by Puri Jagannadh, Pokiri circled a police officer Krishna aka Pandu (Mahesh Babu), who goes all out to erase the underworld. A local goon, Krishna, is a ruthless killer, who plays two rival gangs for money. The way Mahesh Babu has showcased two sides of the character – one being the romantic guy who loves spending time with his love interest – Illena and the second wherein he is getting rid of the bad guys makes his character heroic from many angles.

Ultimately, a corrupt cop and gangster turn against Pandu. Not only this, but his love interest (played by Illena D’cruz also disapproves of him. The film stars Prakash Raj, Nassar, Ashish Vidyarthi, and Sayaji Shinde in prominent roles Pokiri was adapted by Bollywood for Salman Khan’s Wanted.

Packed with amazing action sequences, Mahesh Babu as the tough officer is enchanting. The 2006 action rom com proved to be a huge commercial success in Telugu cinema and earned accolades across. With spine-chilling action sequences coupled with romance, Pokiri had several goosebump-giving moments. Mahesh Babu also won the Filmfare award for it.

Starring Mahesh Mahesh Babu, Kiara Advani, and Prakash Raj in the leads, Bharat Ane Nenu is a political action thriller by Koratala Siva. It is about Bharat’s journey, a student who after his father’s untimely demise is given the responsibility of managing an undivided Andhra Pradesh as the Chief Minister. The young lad takes challenges uptight that come his way. He juggles between learning the political tactics of the opposition, managing internal power, and eradicating corruption. Amidst all this, Bharat builds a strong connection with the love of his life.

Mahesh Babu lives every second of his character in the film. His acting prowess and command over delivery have left viewers impressed. This 2018 release went on to become the highest-grossing film in the Telugu film industry, making it one of Mahesh’s career bests.

Weight-loss-friendly Smoothies to Try at Home