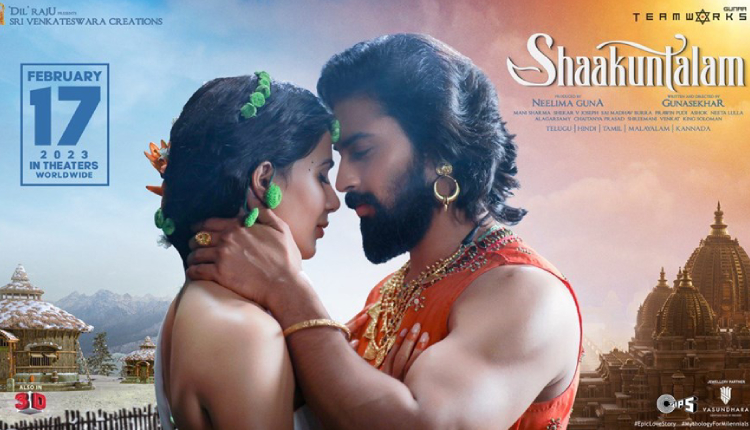 After the success of Yashoda, actress Samantha Ruth Prabhu is all set to enthral audience with her princess avatar in Shaakuntalam, the release date and first look poster for the mythological drama is out.

Written and directed by Gunasekhar. It is produced by Neelima Guna under Gunaa Teamworks and distributed by Sri Venkateswara Creations. Based on a popular play Shakuntala by Kalidasa, the film features Samantha in the titular role of Shakuntala and Dev Mohan as Dushyanta, the king of Puru Dynasty along with Mohan Babu, Gautami, Aditi Balan and Ananya Nagalla in supporting roles.

The film was shot extensively around Hyderabad, including Ramoji Film City, Ananthagiri Hills, and Gandipet Lake. The film releases in theatres on 17th Feb 2023.