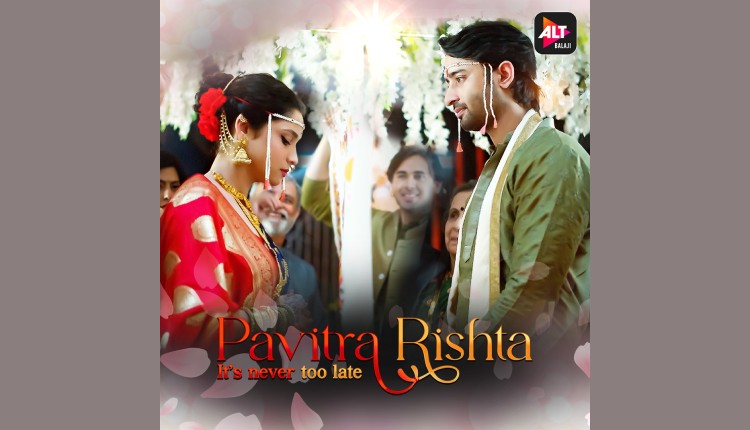 ALTBalaji is back with a bang; the latest addition to their 89+ Original shows is the digital creation of the iconic television show Pavitra Rishta: It’s never too late! The show seems a success already since Padma Shri Ekta R Kapoor announced the digital remake of the iconic show. The show has already gathered a whooping 10MN views across assets on social media in the past few days. But, the audience is not ready to experience the eternal love story, yet again.

With Shaheer Sheikh essaying the iconic character of Manav while Ankita Lokhande plays Archana, one can imagine some fireworks exploding on their screens. We recently watched the romantic drama and here’s what we think of the series. Pavitra Rishta is the story of star-crossed lovers Manav and Archana, who try to sustain their love amid their middle-class families. It’s a match made in heaven, except for one lie; Manav’s mother tells Archana’s kin that he is a manager at a garage while in reality, he is working as a mechanic and this one lie brings their entire universe down. The story beautifully showcases this turmoil and is the soul of Pavitra Rishta.

Everything about the show brings back nostalgia on the screens, right from the iconic title track to the impactful dialogues and the soulful chemistry between Manav & Archana. Director Nandita Mehra’s vision of this innocent love story is simple yet heartwarming. The writers Ritu Bhatia, Gautam Hegde, Nikita Dhond, have done a fantastic job of making us feel one with the characters. Especially the ‘Kuch Bhi’ scene in the show touches one’s heart and makes one smile. “In the most ordinary lives, you can find extraordinary love.”

To cut a long story short, given its immensely well-written story and the stellar performances by the actors on the show, the show is bound to be a huge hit amongst the masses.

Will Manav and Archana’s love survive over all the lies? Will their love regenerate the spark that they have always wanted? To find out, don’t miss the 8 episodes currently streaming on ALTBalaji!