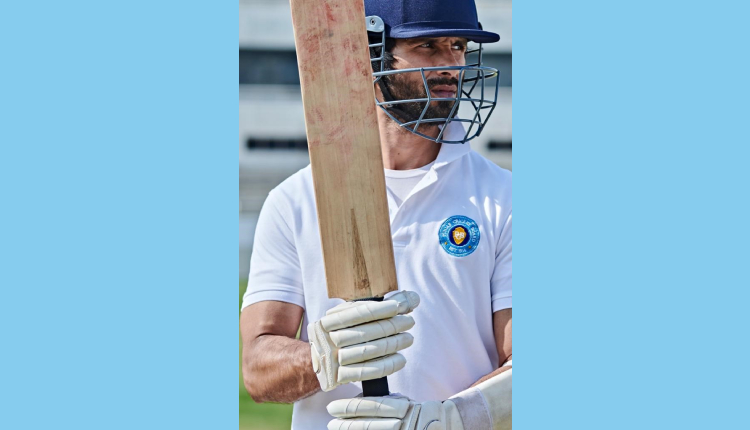 After being delayed several times due to pandemic, Shahid Kapoor and Mrunal Thakur starrer Jersey is finally slated for a theatrical release on 14th April.

Actor Shahid Kapoor dropped the deeds on the release. He shared, “So so happy to announce that our beloved film #Jersey will be releasing worldwide in theatres on the 14th of April 2022. See you in the theatres”

The movie, which was last scheduled to release on December 31, 2021, was postponed due to a rise in the COVID-19 cases. Now, the film will hit the marquee on 14th April.

Jersey is written and directed by Gowtam Tinnanuri, being his Hindi directorial debut and the remake of his 2019 Telugu film of the same title. The film revolves around a former cricketer who returns to the game for his son’s wish of a jersey. The film also stars veteran actor Pankaj Kapur. It is produced by Geetha Arts, Dil Raju Production, Sithara Entertainments and Brat Films.

Apart from Jersey, actor Shahid Kapoor is also busy with Bull, where he will be seen playing Brigadier Bulsara a paratrooper. The movie is set in the 1980s and will soon go on the floor.

Bull is being produced by Bhushan Kumar for T-Series, Guilty By Association partners Amar Butala and Garima Mehta. The story and screenplay are by Aseem Arorra and Parveez Shaikh. It will be directed by debutante director Aditya Nimbalkar.

Lock Upp Trailer Is Out, Kangana Ranaut As The Boss Lady