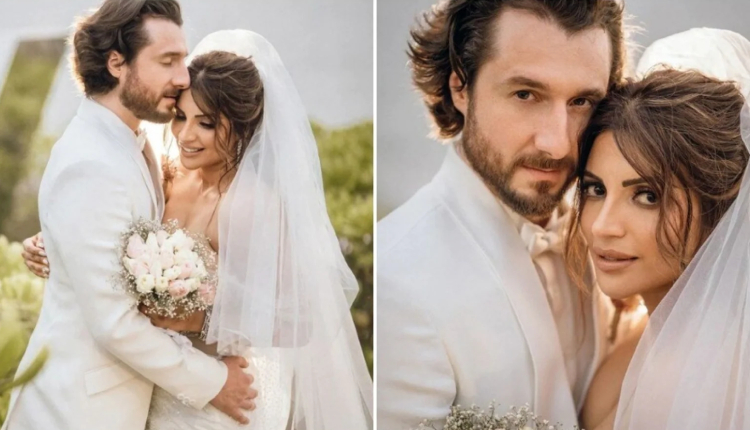 Popular actress Shama Sikander and James Milliron are married! The couple tied the knot in a grand and intimate ceremony in Goa.

The duo got engaged in 2016 and ever since been treating fans with PDA via their social media. Shama and James wanted to tie the knot in 2020 but had to postpone their wedding ceremony owing to the COVID-19 pandemic. The couple is finally married.

Shama shared s series of pictures from the wedding and party of their Christian wedding and we got to admit, they both look absolutely gorgeous in white outfits.

James also shared the same, he wrote, “A night that shall always be remembered…. So much love so much gratitude…@shamasikander”

Shama is seen wearing a white, fitted gown and a sheer veil. On the other hand, James opted for a white tuxedo and styled his hair in a swept-back look. The two tied the knot on Monday as per Christian rituals in the presence of close friends and family members.

Shama Sikander is best recognised for her lead roles in TV series like Yeh Meri Life Hai and ground-breaking web content like the short film Sexaholic and the mini-series Maaya: Slave of Her Desires.

On the big screen, Sikander has appeared in numerous Bollywood films, including starting her career with the 1999 Aamir Khan starrer Mann. Her last theatrical release, was a Bollywood thriller, Bypass Road.

5 Reasons for Hair Loss in Males