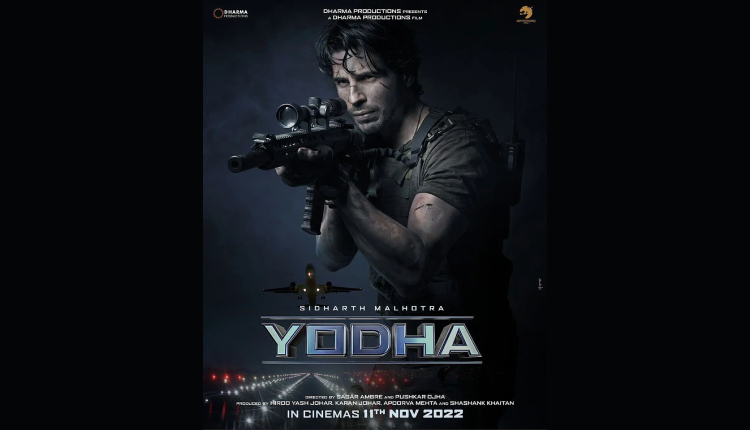 Actor Sidharth Malhotra announces his next outing with Karan Johar’s Dharma Productions, the song is titled Yodha and it is to be made in the franchise.

The action drama revolves around an aeroplane hijack and Sidharth will be seen playing Special Forces commando. The will be feature 2 female leads, whose names will be announced shortly.

Sharing the first look poster, Sidharth wrote, “Fastening my seatbelt because this will be a RIDE! #Yodha, directed by Sagar Ambre & Pushkar Ojha, is coming to hijack your screens on 11th November 2022. Our female leads will be announced soon! @karanjohar @apoorva1972 @shashankkhaitan @sagarambre_ #PushkarOjha @dharmamovies”

Directed by Sagar Ambre and Pushkar Ojha, the film will release in theatres on November 11 next year.